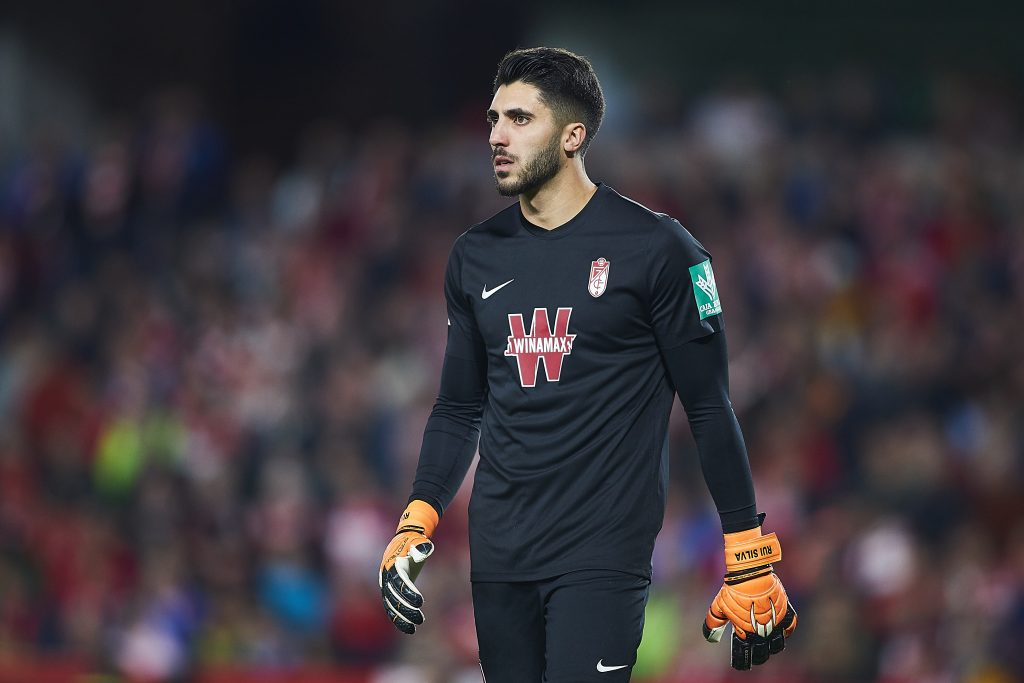 Everton are looking to sign Granada stopper Rui Silva on a pre-contract deal this January – despite reports claiming that the Portuguese has already agreed to join Real Betis in the summer.

The 26-year-old has been at Granada since January 2017, arriving from Liga NOS side Nacional. He has since established himself as the club’s number one goalkeeper.

Silva’s contract is set to expire in the coming months, leaving him free to negotiate a pre-contract deal this January. Betis looked to have won the race for his signature, with reports emerging that he had signed with Los Verdiblancos.

However, Estadio Deportivo are now claiming that the transfer has not been finalised, and that he could still move elsewhere. Everton are believed to be pushing to bring the goalkeeper to the Premier League.

Estadio Deportivo state that the Toffees will be able to offer Silva a higher salary than Betis, although they may have to pay a compensation fee to the La Liga side.

Everton have had goalkeeping troubles in recent years. England number one Jordan Pickford has often looked highly questionable in goal at club level, with many concerned that he is too error-prone to be a regular in a side that is chasing European football.

Meanwhile, summer loan signing Robin Olsen has made just four appearances in all competitions since arriving at Goodison Park. He has kept one clean sheet in that time.

Carlo Ancelotti’s side currently sit seventh in the Premier League, level on points with Tottenham Hotspur in fourth place. They will be hoping to end a 26-year trophy drought, having not lifted any silverware since the FA Cup in 1995.