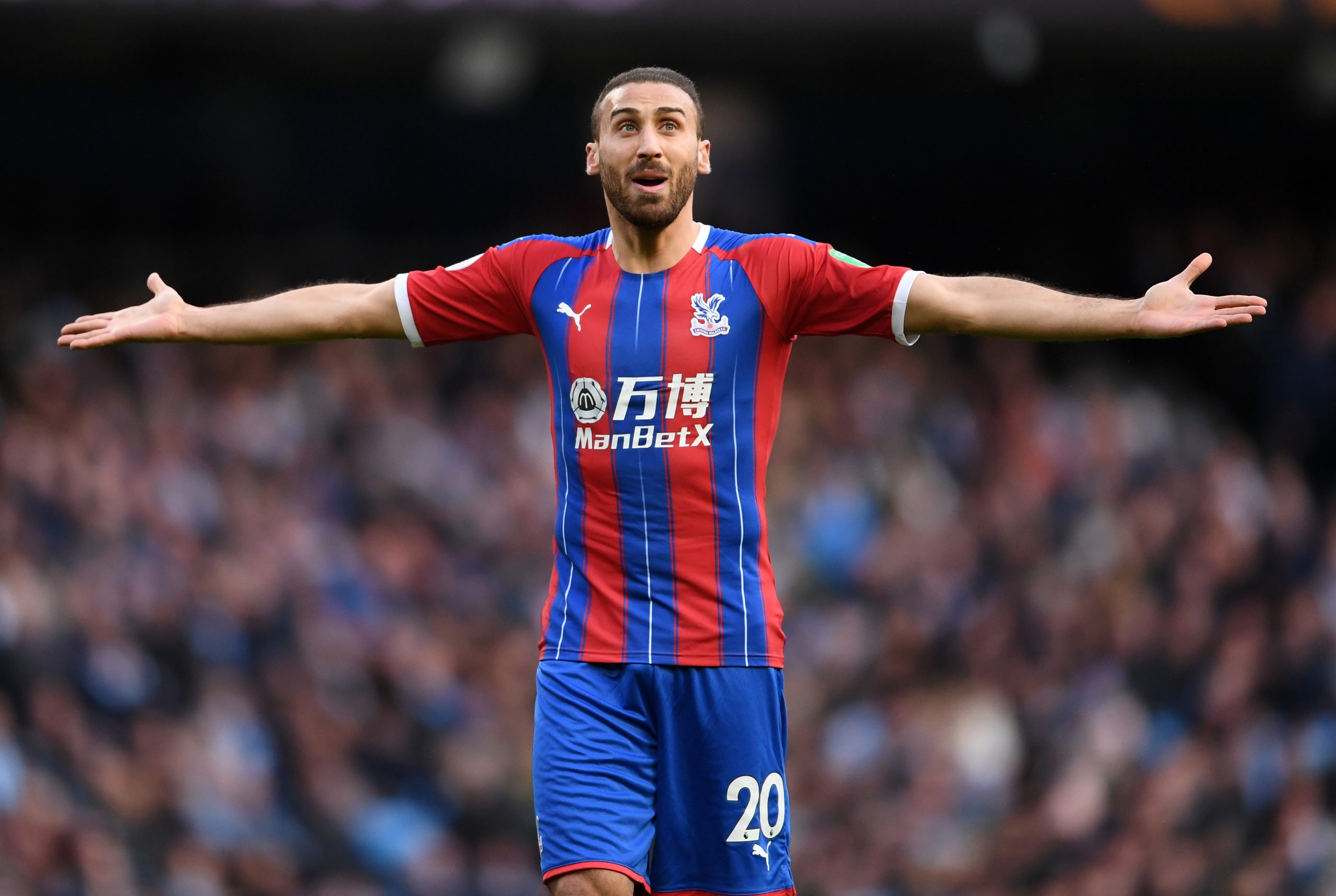 According to reports from The Athletic, Cenk Tosun could be out of action till the end of the season.

The 28-year-old, who joined Crystal Palace from Everton on loan during the January transfer window, has suffered a ‘potentially serious knee injury’ in training.

The Turkey international has managed only one goal (scored on his debut in the 2-2 draw against Manchester City) for the Eagles since joining the club.

Many Everton fans have taken to Twitter to react to Tosun’s injury after the news broke out. Here are some of the selected tweets:

@robsalathiel defo going to be with us for another year 🙄

Sorry to hear this. Never want to hear one of our players could be out injured for a length of time even though the lad is out on loan.

They broke it they keep it

The former Besiktas striker has struggled at Everton since he made the move to the Premier League club in the January transfer window of 2018.

Tosun is way down the pecking order at Everton and probably he is not in Carlo Ancelotti’s long-term plans.

Dominic Calvert-Lewin has emerged as the club’s first-choice striker and he is firing all cylinders with 15 goals already to his name.

Richarlison, primarily an attacking midfielder, has been used up front in a 4-4-2 system. Ancelotti also has Moise Kean as another option in the forward department.

Palace have an option to make the deal permanent at the end of the season by paying a fee of £20 million, and it remains to be seen whether they opt for that route. In fact, depending on the severity of the injury, the loan may simply be cancelled.