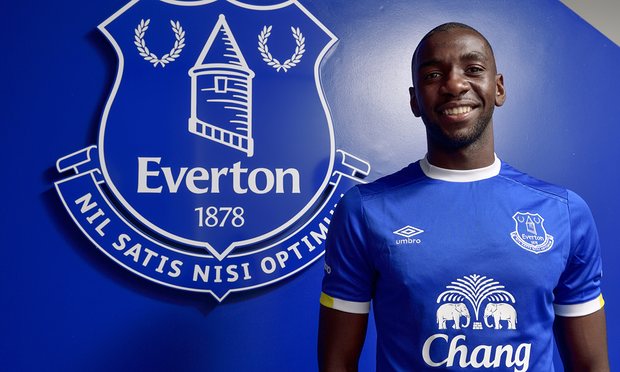 The skillful winger has penned down a five-year contract with the Toffees in a reported £25 million deal, which could potentially rise to a club record £30 million.

Following his arrival at the Goodison Park, Bolasie told Everton’s official website: “I’m looking forward to putting on the Everton shirt. This is a big club and I know all about it from having played against them over the years.

“For me, it was a no-brainer to come here. But now that I’ve come to Everton, the job is not done. I’ve got to work hard and feel my way in. I’m ready and up for the challenge.

ICYMI: We have completed the signing of @YannickBolasie from Crystal Palace on a five-year deal. Welcome, Yala! #EFC pic.twitter.com/a9YFFpxJvy

“It’s not about the money for me. It’s about looking at the ambition of the club and where they are trying to get to. I just like to play football.

“It’s going to be really interesting to learn from someone like Ronald Koeman, who was obviously a top centre-back as a player and he played with some of the best players in the world.”

Bolasie joined Crystal Palace in 2012 for just £350,000 and has since made over 130 league appearances for the London-based club, becoming a key player for the Eagles.

The 27-year-old winger was reportedly targeted by a host of Premier League clubs including Liverpool but Bolasie will now play under Ronaldo Koeman, who took over at Everton this summer after the sacking of Spanish coach Roberto Martinez at the end of last season.

#CPFC can confirm that @YannickBolasie has joined @Everton for an undisclosed fee.

All the best Yala! 🔴🔵 pic.twitter.com/zOjaA87mmF

Everton manager Koeman said of the signing: “Yannick is a player who has been a long time on my radar because he’s the type of winger I like – fast, strong and he can play different positions in the forward line.

“He’s a really good signing for the club. At 27, he’s a good age and he has experience in the Premier League. He will give strength to the team and I’m very pleased to have Yannick as part of what we are trying to build here at Everton.”

Crystal Palace are now hoping to to sign Newcastle star Moussa Sissoko and Liverpool’s want-away striker Christian Benteke to fill the void left behind by the departure of Bolasie.