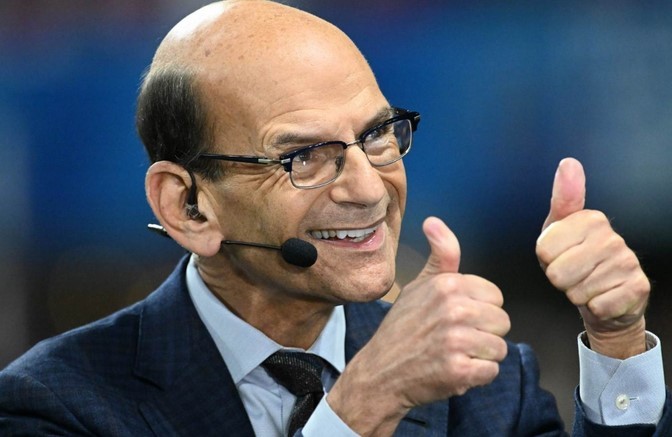 ESPN college football analyst Paule Finebaum was on ‘McElroy and Cubelic’ on Tuesday morning telling us which SEC team impressed him the most this bowl season. Despite good performances from Tennessee and LSU, Finebaum said he was most impressed with Nick Saban’s Alabama Crimson Tide.

Alabama most impressive team in bowl season according to Finebaum

It has been a bit of a mixed bowl season for SEC teams. The teams from the Southeastern Conference have gone a combined 6-5 in the postseason. They have the most wins of any conference, but they were selected to more bowl games than other conferences.

While bowl season for the SEC has featured some beatdowns for teams such as Florida and Kentucky, they have occasionally laid down the wood themselves. LSU and Alabama were particularly impressive and ESPN college football analyst Paul Finebaum agrees.

“I thought [Tennessee in] the Orange Bowl was pretty impressive by beating Clemson,” Finebaum said on Tuesday morning. “[They have] been, along with Alabama, the team of the last seven or eight years in the College Football Playoff era. I was [also] really impressed with LSU yesterday, albeit against a bad team and an interim coach.”

“I was most impressed by Alabama of the non-playoff games,” Finebaum continued. “To Nick Saban’s credit, he was able to convince those players to stay. [Alabama] put on a performance that, frankly, made me wonder why couldn’t we have seen this team throughout this season? Because they looked about as good as you can look. And, quite frankly, they looked better than anyone else did over the weekend.”

Alabama beat Kansas State by a convincing 45-20 scoreline in the Sugar Bowl. However, next season they will lose their best players on offense and defense as quarterback Bryce Young and defensive end Will Anderson Jr. enter the 2023 NFL Draft.