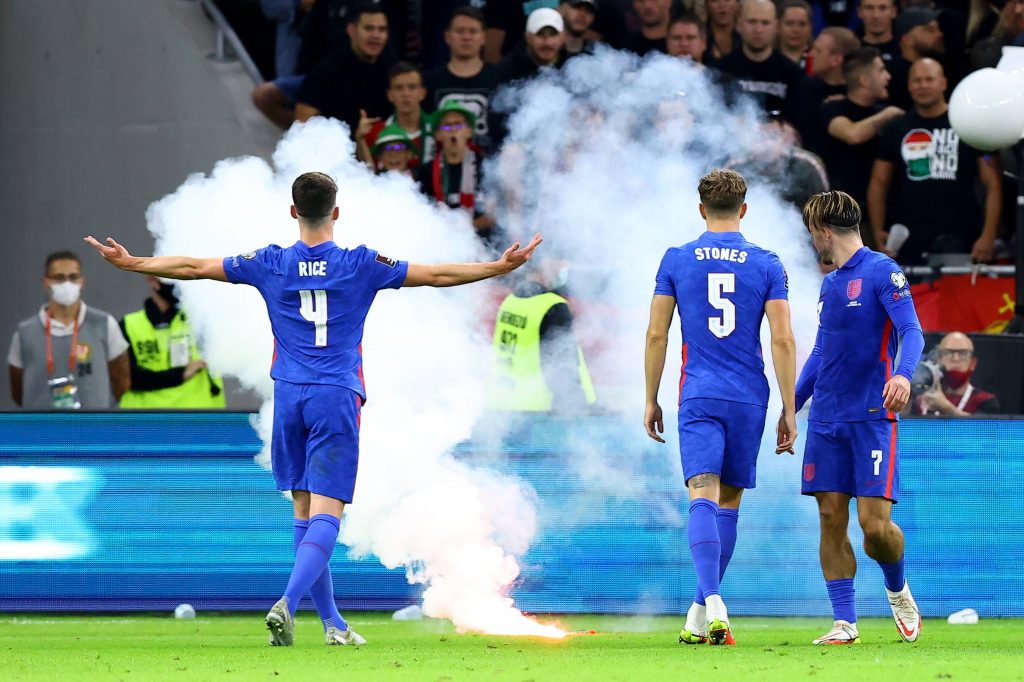 England picked up a 4-0 win over Hungary last night.

The Three Lions were completely dominant from start to finish and Gareth Southgate will be delighted with the performance of his players.

England benefited from the outstanding midfield partnership of Declan Rice and Kalvin Phillips during the European Championships and it was more of the same for the Three Lions last night.

Rice in particular put on an outstanding display for his country at the heart of England’s midfield.

The 22-year-old West Ham United midfielder did well to break up the opposition play and protect his centre backs. He also chipped in with an important goal.

Rice has developed into one of the best defensive midfielders in the Premier League over the past year and he has been highly impressive for the national team as well.

There is no doubt that the 22-year-old will be a key player for England heading into the World Cup next year.

Some of the England fans have taken to Twitter to share their thoughts on the 22-year-old’s performance against Hungary last night and here is what they had to say.

Ran the show in midfield. 🍚 pic.twitter.com/gFht4wAboD

better and better every game.

Get this man to La Theatre