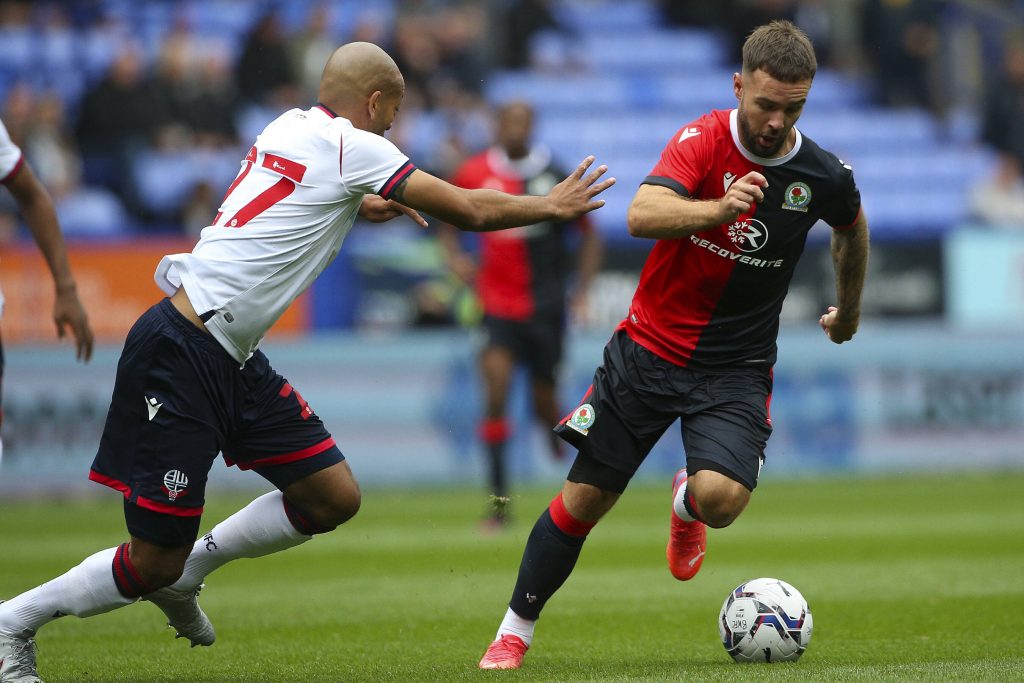 Crystal Palace are in advanced negotiations with Blackburn Rovers to land the signature of Adam Armstrong, Sky Sports reports.

The 24-year-old had a fine campaign for Rovers last term, bagging 29 goals and five assists from 43 appearances in all competitions.

His form has attracted plenty of Premier League interest. Rovers have yet to receive a suitable offer, but he could leave before the transfer deadline.

Palace recently entered the pursuit of the striker, and it is now reported that they have lodged an opening bid that has been rejected by Rovers.

Southampton are also keen on signing Armstrong despite multiple failed approaches, but they are now looking at alternative transfer targets.

Blackburn owners Venky’s want around £20 million for the striker. Armstrong was bought from Newcastle United for just £1.75m three years ago.

The Magpies are owed 40 percent of the profit on his sale.

Blackburn would ideally prefer to keep Armstrong, but that does not appear feasible with his contract expiring at the end of this season.

They are likely to sanction his sale between now and the end of the window. It appears that the Eagles are now front-runners to land him.

They have fallen short of the reported price tag. Rovers may accept a lesser fee, provided there are easily achievable add-ons.

The Eagles currently have Christian Benteke, Jordan Ayew, Wilfried Zaha and Jean-Philippe Mateta, who can play in attack for Patrick Vieira.

Benteke was in fine form towards the end of the campaign, and he is likely to lead the line when the new season begins this month.

Zaha and Ayew are likely to feature on the wings. That leaves Jean-Philippe Mateta as the back-up striker. He has hardly made a mark.

Armstrong could arrive as a competitor to Benteke. Benteke appeared back to his best earlier this year, with his contract expiring in June.

It remains to be seen how the Belgian plays this season with a new deal under his belt.