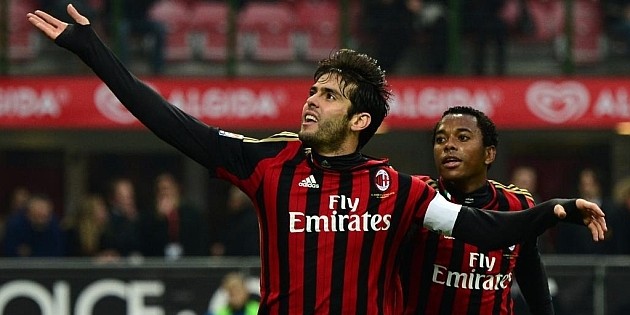 AC Milan have confirmed the club has reached an agreement with their player Kaka to terminate the midfielder’s contract.

“Ricky and Milan find mutual agreement in terminating contract. Milan and Ricky Kakà have come to a mutual agreement to end the Brazil star’s contract but there  is no doubt that the mutual feeling of love and respect will always be there,” a statement read on Milan’s official website.

The Brazil international left the Italian outfit and signed for Real Madrid in 2009. However, the 32-year-old failed to shine at the Spanish capital and left the Champions League winners and returned to Milan in 2013.

Kaka signed a two-year contract with Milan last summer and has now agreed to terminate his contract. Despite ending the deal, the San Siro club have release a statement the Brazilian star will be “always be bound to Milan.”

“So, it is ciao, Ricky! A big hug to you, Carolina and your children and we know you will be tied to the Rossoneri forever and we hope that you will be sending message of congratulations in the future,” the statement added.

Kaka’s next future destination is yet to be decided as the attacking midfielder has not reached an agreement with any club. The Guardian reports the Brazilian will make a switch to the Major League Soccer and join the Orlando City for their new season.

The MLS outfit earlier released a statement the new franchise is in advance stages of sealing a deal for Kaka’s services.