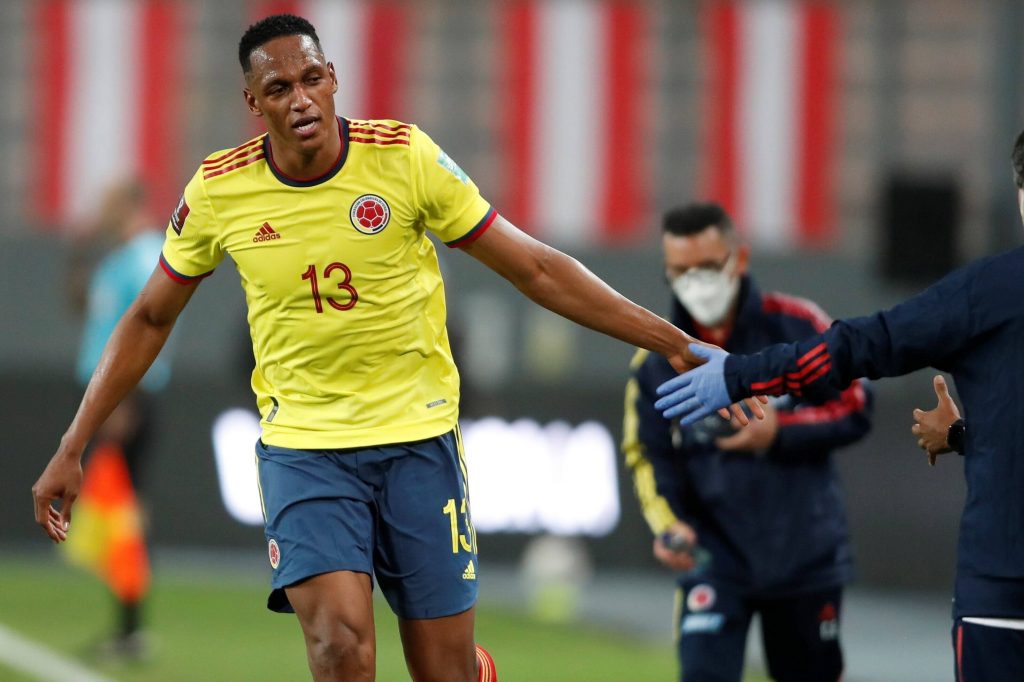 Colombia and COVID-hit Venezuela are set to trade tackles on Copa America 2021 Matchday 2 at the Estadio Olímpico Pedro Ludovico on Tuesday.

Boca Juniors star Edwin Cardona propelled his team to a narrow 1-0 victory over Ecuador in their tournament opener.

Meanwhile, with most of their star players ruled out after returning positive COVID-19 tests, Venezuela went down 3-0 to the tournament hosts Brazil.

The Colombians are odds-on favourites to claim all three points against the South American minnows and get a step closer towards reaching the knockout stages.

Everton centre-back Yerry Mina played a prominent role in Colombia’s 1-0 win over Ecuador in their Copa America 2021 curtain-raiser, helping the team keep a clean sheet for only the second time in six internationals.

Davinson Sanchez, who replaced Pachuca’s Oscar Murillo in the dying moments of the match, should start alongside his Premier League colleague this time around.

The 25-year-old Tottenham Hotspur defender remains one of Colombia’s standout names despite blowing hot and cold for the Spurs in 2020/21.

After spending the entire game against Ecuador on the bench, Rangers’ Alfredo Morelos could make his tournament debut against Venezuela.

Competition for attacking places on Reinaldo Rueda’s side is high. The Atalanta duo Duvan Zapata and Luis Muriel are also staking their claims for a place in the starting line-up.

Morelos, who has made ten appearances for the national team, has yet to score in a competitive game.

Manchester City’s all-rounder, Yangel Herrera, who missed out on Venezuela’s opening game of the Copa America 2021, returns to the fold.

The hard-working box-to-box midfielder spent the last two-and-a-half years on loan in La Liga with Huesca and Granada, respectively.

With Torino’s Tomas Rincon and Corinthians’ Romulo Otero ruled out after contracting the coronavirus, Herrera should be the focal point for La Vinotinto against Colombia.

The Citizens have a big decision to make regarding the 23-year-old, who has several suitors in the Premier League and abroad.

While many see Herrera as a natural heir of Fernandinho, the ex-New York City man has yet to register a single appearance for the newly-crowned Premier League champions.

Performing well at the South American most prominent tournament could be a perfect chance for the highly-rated youngster to impress Pep Guardiola.

Since securing a 1-0 victory at the Copa America 2015, Venezuela have gone winless in their subsequent five international meetings with Colombia, friendlies included (D2, L3).

Duvan Zapata and Luis Muriel’s brace sealed an overwhelming 3-0 victory for Los Cafeteros in the most recent encounter between the teams.

The 31-year-old striker Salomon Rondon, who has scored two of Venezuela’s last three goals against Colombia, has not made the final cut.