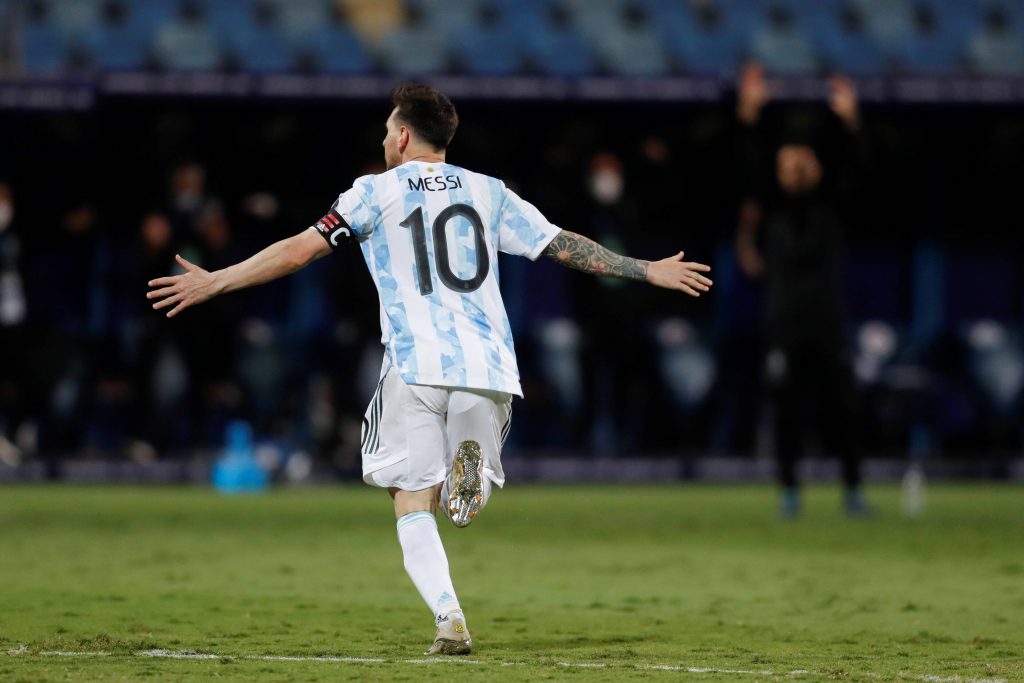 The quarter-finals of Copa America came to a close last night, and we now know our line-up for the final four.

Uruguay took on Colombia in Brasilia, while Group A champions Argentina faced off against Ecuador. Here is how things panned out.

Uruguay went into the quarter-final off the back of consecutive wins against Bolivia and Paraguay, which helped them snatch second place in the group.

Colombia finished in third, following back-to-back defeats against Peru and Brazil. It’s no secret who the favourites were for this one.

But that wasn’t how the game went. Colombia had the better of the chances, with Duvan Zapata being particularly wasteful in front of goal.

As for Uruguay, they struggled to create much, coming closest when Nahitan Nandez’s cross almost dropped in at the back post.

The game went to a shootout, and it was Colombia who emerged victorious. Zapata stepped up and converted his effort, as did teammates Davinson Sanchez, Yerry Mina and Miguel Borja.

Meanwhile, goalkeeper David Ospina was in top form, keeping out spot-kicks from Jose Maria Gimenez and Matias Vina. This booked Colombia’s place in the semi-finals.

Many believe this could be Lionel Messi’s last chance to lift some silverware with Argentina. And, if his performances are anything to go by, it’s an opportunity he’s not going to let slip.

The six-time Ballon d’Or winner was marvellous yet again in the tournament. He began his evening by creating the opener.

His through ball found Nicolas Gonzalez, but goalkeeper Hernan Galindez was quick off his line to smother the forward. But when the ball fell back to Messi, he passed to Rodrigo De Paul, who finished to make it 1-0.

It wasn’t all going Argentina’s way, however. Former West Ham United man Enner Valencia was guilty of squandering a couple of chances, twice missing the target with his head when well positioned.

As the game came to a close, La Albiceleste made sure of their progression with a second, and Messi was again at the heart of it.

This time, he played Lautaro Martinez through on goal, and the Serie A title winner emphatically finished into the roof of the net.

In injury time, things got worse for Ecuador when they appeared to concede a penalty. The referee pointed to the spot after Angel Di Maria was pulled down by Piero Hincapie, who was booked.

However, replays showed that the challenge was just outside the box. VAR stepped in to downgrade the penalty to a free-kick and upgraded the card from yellow to red.

Free kick, penalty – they’re basically the same to Lionel Messi anyway. The Barcelona man shocked absolutely no one by bending his set-piece into the top corner to make it 3-0 right at the death.

During this game, Messi got his fourth goal and fourth assist of the tournament. No other player has got more than two in either department.

Argentina and Colombia will face each other in the semi-finals in Brasilia.