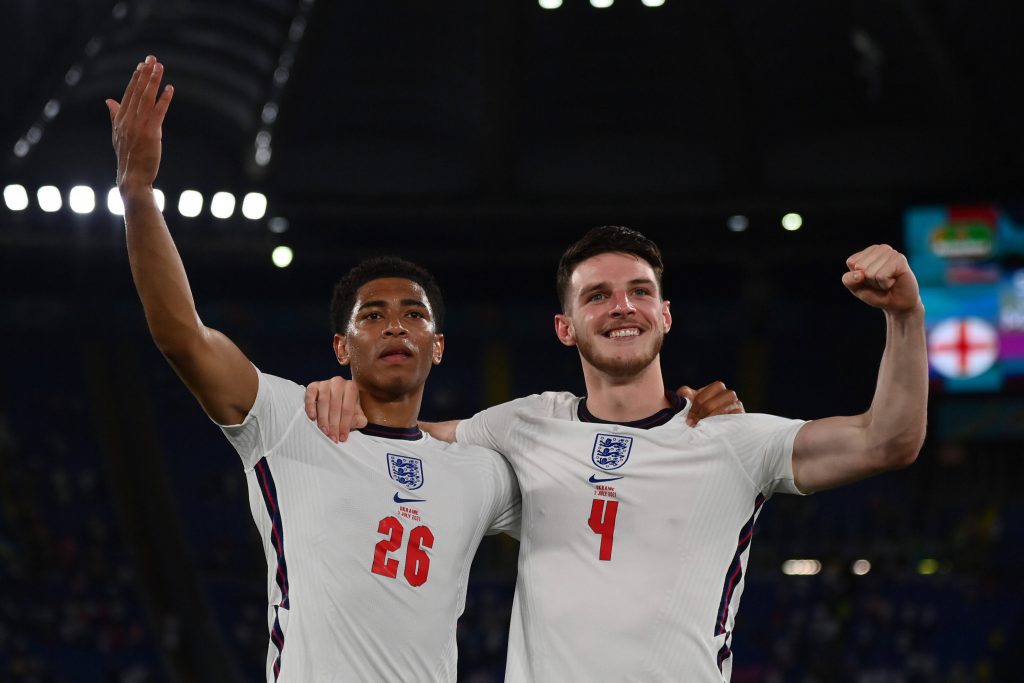 West Ham United midfielder Declan Rice has been very impressive for England at the European Championships.

The 22-year-old has formed a quality partnership alongside Leeds United star Kalvin Phillips in the heart of England’s midfield.

Rice established himself as one of the best defensive midfielders in the Premier League last season and he is now showing his quality at international level.

His ability to break up the opposition play and shield the back four has helped England stay well organised at the back and grind out five clean sheets.

The Three Lions are yet to concede a single goal in the tournament, with Rice and Phillips instrumental to their defensive form.

Declan Rice has been exceptional so far in this tournament 👏👏

Rice has been linked with a move away from West Ham in recent months and his performances for England will certainly encourage his suitors to come forward with a concrete offer for the player.

While the West Ham fans will be delighted with the way the midfielder has performed in the European Championships, the interest from the top clubs will certainly worry them.

The Hammers have qualified for the Europa League, and Rice played a big role in their success last season.

The Londoners will be hoping to do well in Europe, and they cannot afford to lose the young defensive midfielder anytime soon.