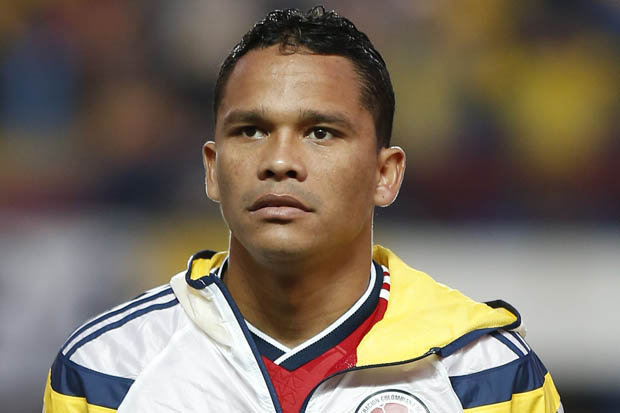 Bacca has scored seven goals in his last 10 games in all competitions, of which four has come in the last five Serie A games. He is on fire at the moment. He has taken his goal tally to 15 this season for the Rossoneri.

And quite naturally rich European clubs have set their sights on him. According to French website, Le 10 Sport, Bayern Munich are heavily interested in the striker, who is also a reported target of Chelsea.

Carlo Ancelotti will take charge of Bayern next summer, and the Italian wishes to bring Bacca to Bundesliga. The former Madrid manager will try his best to sign the Milan striker, but may face a tough competition from Chelsea.

When asked his agent, Sergio Barila, to comment on the striker’s future, he said:

“Carlos and his family feel well settled at Milan. He still wants to score goals for his club. The interest of Chelsea? It is normal that the best strikers in the world catch attentions of of the big clubs. Many teams have contacted us about Carlos. They would spend a lot, but do not forget that Bacca is currently in one of the best clubs in the world.”

Bacca is a good striker and could be a good addition for Chelsea. However, the Colombian may not want welcome the idea of being the second choice striker in the side.

However, Bacca has assured Milan fans that he is not going anywhere. He is overwhelmed by the support he has received from the fans, and not looking for a move at the moment.

“My family and I are happy to be here in Milan,” he said at a club event. “We have no worries and no problems at all. The affection from all the fans shows me that my experience here is going well.”