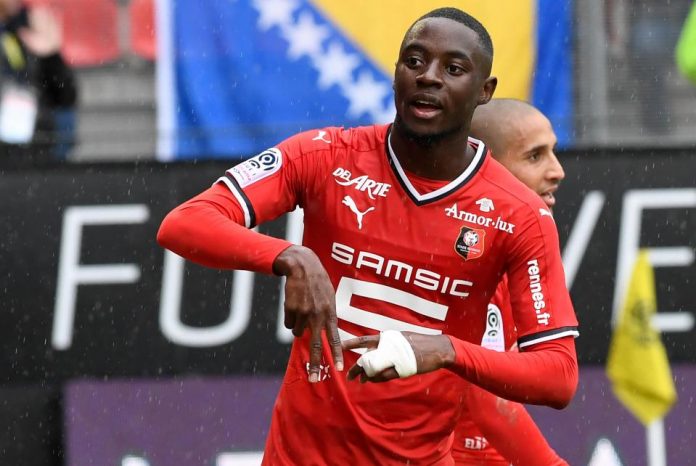 Celtic are interested in signing the Rennes midfielder James Léa Siliki this summer.

According to a report from RMC Sport (translated by GFFN), the Scottish champions have made an approach for the player.

The 23-year-old has done well in Ligue 1 and he could prove to be a quality addition to Neil Lennon’s side.

However, Siliki isn’t likely to come for cheap. Porto tried to sign the player for €8m and the offer was rejected. Celtic will have to come up with a better offer if they want to sign him.

Celtic midfielder Olivier Ntcham has been linked with an exit from the club and if he decides to move on, the Hoops might have the cash to bring in Siliki this summer.

Lennon clearly wants to improve his midfield options but he wouldn’t want to do that at the expense of a key player like Ntcham.

Celtic tried to sign Turnbull earlier this summer but the move collapsed due to financial demands and medical problems.

It will be interesting to see if they can pull off James Léa Siliki’s signing now.