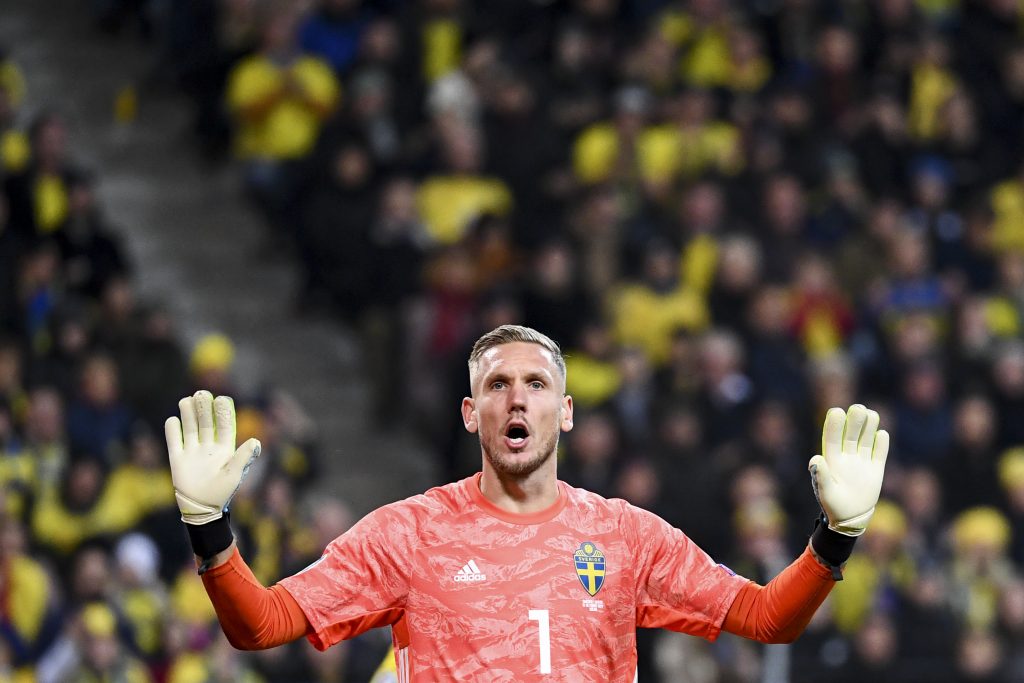 Celtic are interested in signing the Roma goalkeeper Robin Olsen this summer.

According to reports from Italy (h/t Daily Record), Celtic want two new keepers after the departures of Gordon and Forster.

The 30 year old has been linked with a move away from the Italian club and it will be interesting to see if the Scottish giants manage to agree on a fee for him.

Neil Lennon needs to add more depth to his goalkeeping position and Olsen should prove to be a quality addition.

Celtic signed Vasilios Barkas as their number one keeper this summer and Olsen could be his backup. The 30 year old will push Barkas for the starting berth and it could eventually help both players improve.

According to reports, Olsen’s wage demands could complicate a transfer this summer. Apparently the Roma goalkeeper is earning £40,000 per week at the Italian club and Celtic will not be able to afford that.

It remains to be seen whether Celtic can convince the player and his club to agree to a reasonable offer this summer.

Also, it will be important to see if the player is willing to accept a back up role at Celtic.