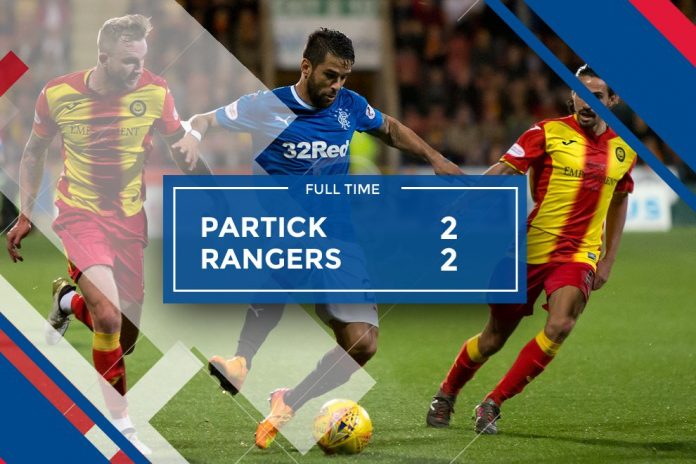 Scottish giants Rangers dropped two points against Partick Thistle last night and the Celtic fans seemed rather happy about it.

Pedro Caixinha’s men managed to control the game but they were poor defensively and that cost them an easy win. Despite being down to 10 men, Partick Thistle managed to score twice and get a draw.

Morelos put the visitors ahead midway through the first half but the likes of Spittal and Erskine scored early on in the second half to put Partick Thistle 2-1 up. Dorrans equalized for the away side late on in the game.

Earlier this week the Rangers fans mocked Celtic for their performance against Paris Saint-Germain in the Champions League and the Hoops faithful were quick to return the favour.

Rangers are currently 3rd in the Scottish Premier League table with 11 points from their 6 matches. Bitter rivals Celtic are two points ahead of them having played one less game.

What, no pitch invasion this time? Awwwww

Slagging us for losing to a world class team and you couldnt beat 10 man Partick Thistle ????