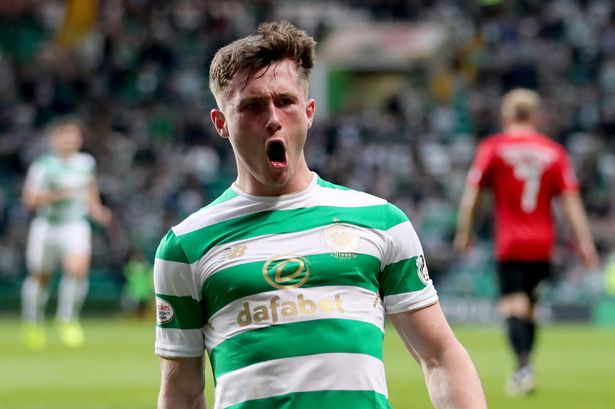 Celtic fans have been left unimpressed with the performance of Anthony Ralston against Nomme Kalju in the Champions League third qualifying round on Tuesday night.

Celtic defeated the Estonian side 2-0 and in the process earned a 7-0 aggregate victory.

Aleksandr Kulinits scored an own goal while Marian Shved scored on his debut to wrap up a brilliant win for the Hoops.

However, Celtic fans were left unimpressed with the performance of the 20-year-old defender and have criticised him heavily on social networking site Twitter.

Ralston must be up there with one of the worst ever to play for us. Couldn’t cross the road.

There’s a level that Jack Hendry can go and play at and perform decently. But it isn’t Celtic. In turn, getting flung into the team when he isn’t good enough only means he’ll get a tough time and slaughtered.

Anthony Ralston is another one in that category.

Don’t even think Ralston is good enough as back up

As much as i wanted him to succed Ralston just isn’t good enough to be a Celtic player.

Anthony Ralston is like the herpes virus, he only appears when you’re weak! ?

Correct .. too many mistakes and dodgy every time he’s on the ball ..

The 20-year-old right-back only plays as a back-up but his performance was below par on the night.

He was brave in the challenge, showed that he has the right attitude, but the youngster is genuinely lacking in quality.

What was frustrating to watch about him is his lack of understanding with the use of the ball. His distribution was very poor.

While Celtic need a back-up defender, Lennon should consider sending him on loan this season. He really needs to improve in some of the areas, and unless he plays regularly, he will hardly progress.