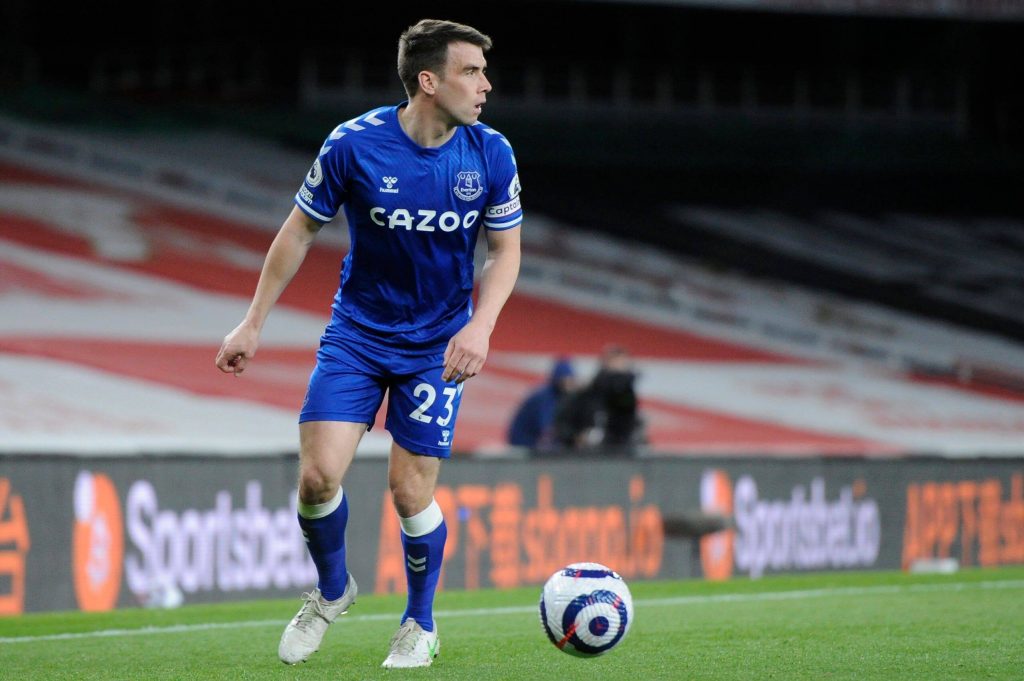 Carlo Ancelotti has revealed that Everton captain Seamus Coleman’s contract at the Toffees is ‘forever’, with his current deal set to expire next year.

Coleman signed for Everton in 2009 from Sligo Rovers for his famous £60,000 transfer fee.

Since then, the Irishman has made 345 appearances for the Toffees, scoring 26 goals and assisting 31.

Despite being the club captain, Coleman has only featured 26 times for Everton across all competitions this season.

Mason Holgate has been preferred by Carlo Ancelotti on several occasions this season, and Coleman’s place is further threatened by rumours of a move for Norwich’s Max Aarons.

Despite that, Carlo Ancelotti has suggested that Coleman has a lifetime contract at the Toffees and can stay ‘forever’.

“I don’t think we have to talk about the [Coleman’s] contract,” Ancelotti explained to EvertonTV.

“The contract that Seamus has with the club and this team is forever.

SL View – Do Everton need a new right-back this summer?

While Coleman has been a great servant to Everton and still seemingly remains a big influence in the dressing room, he is way beyond his best.

Holgate is only a makeshift right-back, with his preferred position being in central defence.

Everton’s right-wing options have also come under criticism, with Alex Iwobi failing to impress this season.

As a result, Everton’s right flank has been disappointing for some time now, and signing Aarons would be a great way to rectify that.

The Englishman is brilliant offensively and with Everton also targeting a new winger this summer, he could form an exciting relationship with his right-sided partner.