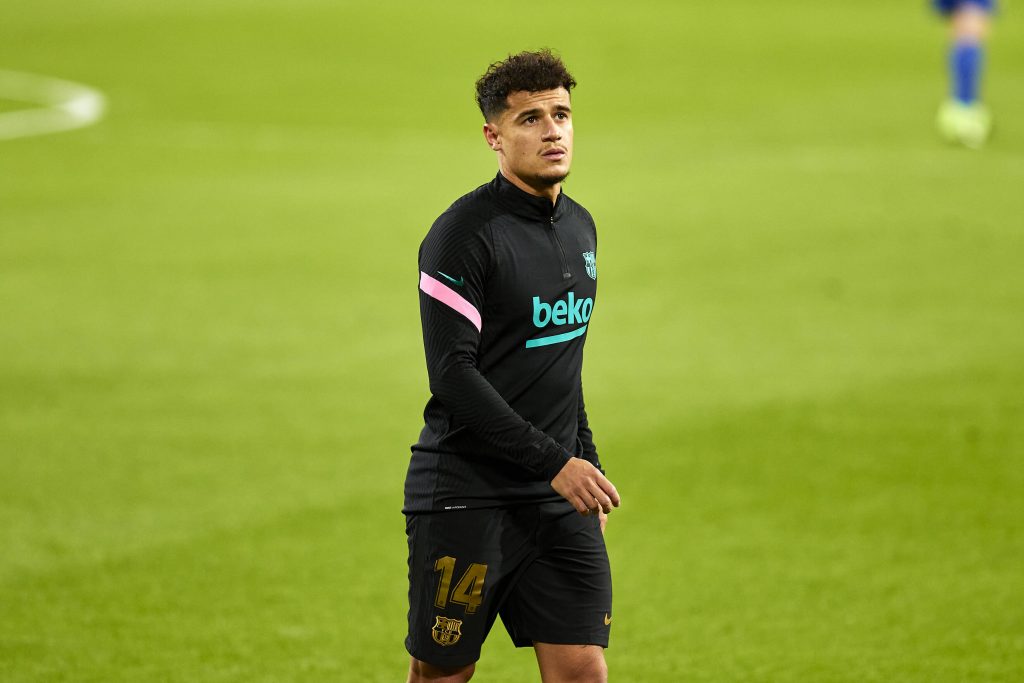 Everton are willing to make an offer of €40 million to sign Barcelona attacking midfielder Philippe Coutinho this summer, according to Tz (via Marca).

The Brazil international is currently on the sidelines due to an injury he sustained in December. While he was in manager Ronald Koeman’s plans during the first-half of the campaign, the club’s financial struggles could see them decide to cash in on him.

The former Liverpool star joined Barcelona in January 2018 for £146 million, but he has been largely underwhelming, spending last season on loan at Bayern Munich.

Everton manager Carlo Ancelotti wants to strengthen his squad after making some marquee signings last summer, and it appears that he is keen on Coutinho.

The 28-year-old was one of the best players in the Premier League during his Liverpool days, scoring 41 goals in 152 league games.

It is unclear whether the attacker would be keen on moving to Goodison Park, having spent almost six seasons at Anfield.

Coutinho has attempted to return to England previously, with moves to Arsenal, Tottenham Hotspur and an attempted reunion with Liverpool falling through.

Barcelona have been impressive in his absence, and they are in line to land the La Liga title after winning the Copa del Rey some days ago, and they could be open to letting him go.

They will not be able to recoup even half of the fee they spent on him, given his form and the financial situation of clubs worldwide.

Whether the €40m (£35m) Everton are willing to offer will be enough to tempt them into parting company with Coutinho is up for debate.