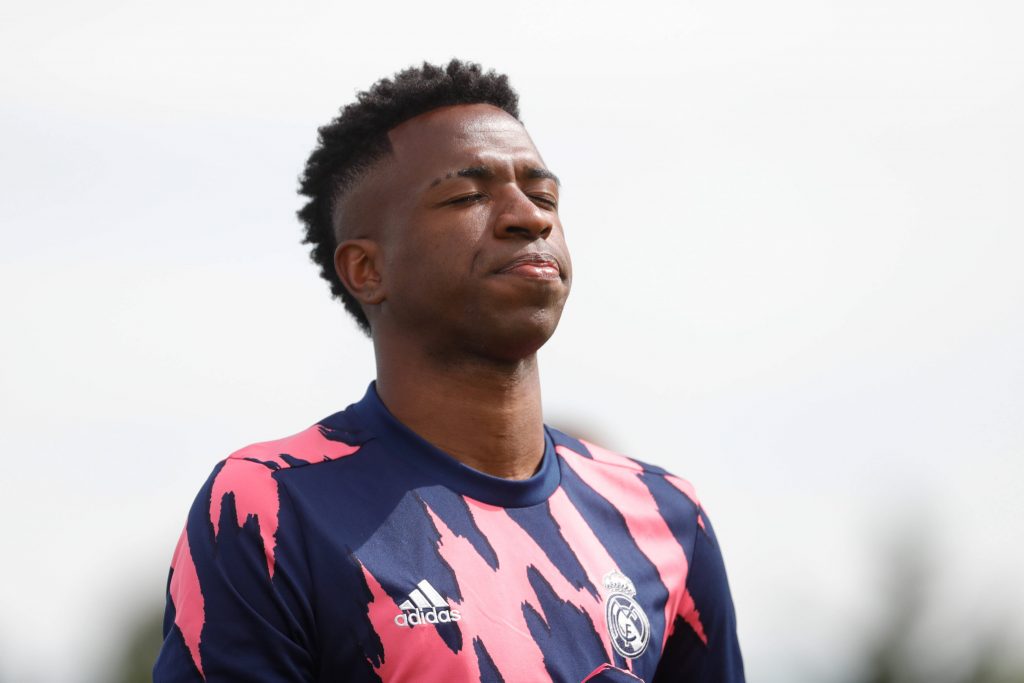 Despite a stuttering start to his career at the Santiago Bernabeu, the Brazilian winger could upgrade his status in the Spanish capital following Ancelotti’s arrival.

Los Merengues are undergoing a massive overhaul this summer, with two long-serving stalwarts, Sergio Ramos and Raphael Varane, already out of the picture.

Pressured to comply with La Liga’s newly introduced salary cap, Madrid will have to take several other first-team players off the books before the summer ends.

However, Vinicius won’t be one of them, as Ancelotti plans to put the 21-year-old at the centre of his project.

Even though he struggled for end-product last season, the ex-Flamengo player established himself as a permanent first-team fixture under Zinedine Zidane.

His paltry scoring output saw him tally six goals and seven assists in 49 outings in all competitions.

The youngster made more appearances than any other Madrid player last term, but a lack of finishing touch threw his long-term future at the club into doubt.

It may come as some surprise that Ancelotti wants to entrust Vinicius with a prominent role next season, especially given Gareth Bale’s return to the fold.

Improving the Brazil international’s numbers will be Ancelotti’s prime objective and perhaps the most challenging task next season.

But one thing is certain – Vinicius is off the market, and Madrid won’t listen to offers for him.

Paris Saint-Germain and Manchester United had emerged as potential suitors.

However, United already wrapped up a long-awaited deal for Jadon Sancho, while PSG’s focus is on convincing Kylian Mbappe to extend his contract.