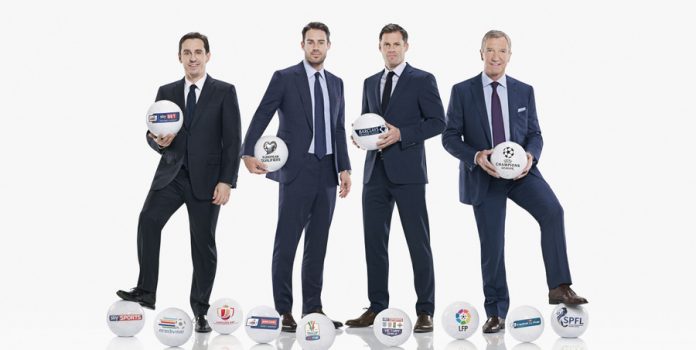 The auction to buy media rights raised 4.64 billion euros (£3.63 billion) this year, an increase of staggering 85 percent on the current deal.

Bundesliga Chief Executive Christian Seifert said in a news conference on Thursday: “I am happy with the sum.”

“The Bundesliga is now perfectly placed to remain one of the world’s three strongest soccer leagues in terms of revenues and to present sport at the highest level.”

The Bundesliga remains second-richest football league in the world after the English Premier League, which secured a record 5.1 billion pounds ($7.4 billion) for domestic rights for the three years from 2016-2019 to continue their dominance in footballing financial market.

Almost half of 81 million German population watches the Bundesliga on television with Sky Deutschland having a sensational total of 4.5 million subscribers in Germany and Austria. Sky retained rights to the lion’s share of live games in the top two German divisions, which ends the service providers’ monopoly of live TV matches following the introduction of new auction rules.

US-owned Eurosport have acquired the rights to telecast Friday games, some games on Sunday and Monday, as well as the season-opening Supercup and relegation play-off matches.

Meanwhile, worldwide renowned American company Amazon has entered the German football for the first time, winning the audio rights for Internet and mobile in Germany. While, Britain’s Perform Group, an online sports specialist, have secured the highlights package for streaming in the latest media auction.