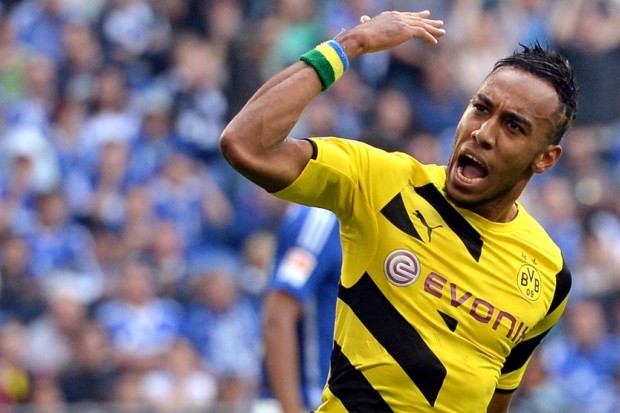 Game week 10 of Bundesliga ended yesterday. It was another thrilling week for German football, packed with goals and excitement.

Leverkusen establishing themselves as comeback kings, Bayern looking unstoppable and Aubameyang’s red hot form well and truly lit up the most entertaining league in world football.

Borussia Dortmund secured a thumping win over Augsburg to close the gap with league leaders Bayern Munich as Borussia Monchengladbach continue their revival with their fifth straight win since Favre resigned.

Leverkusen pulled off another remarkable comeback in their 4-3 win over Stuttgart. After their heroics in the Champions league, Roger Schmidt’s side fought back after going 3-1 down. 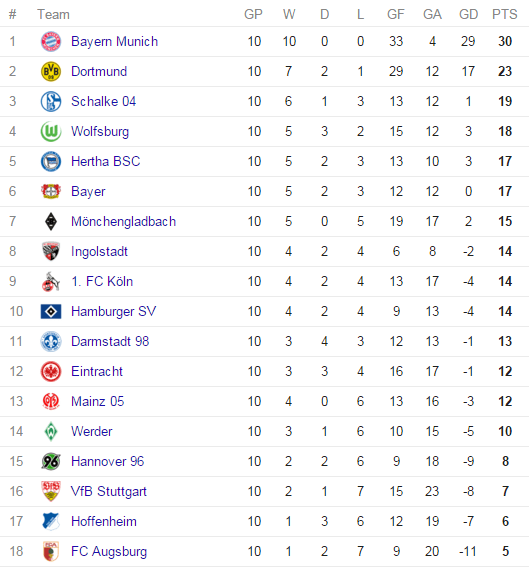 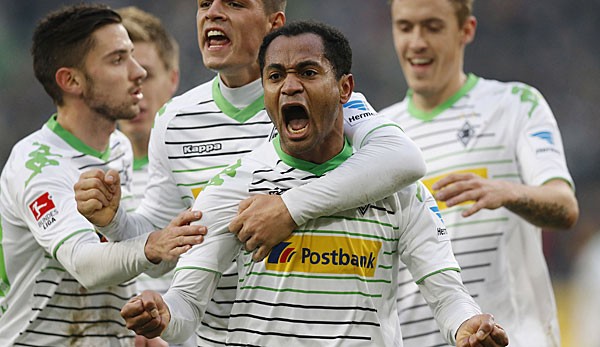 Bayern Munich are destined to be champions

The German champions dismantled Cologne 4-0 and opened up a seven point gap at the top of the table. Since the departure of Jurgen Klopp, Borussia Dortmund have recovered under new manager Thomas Tuchel and have lost just once in the league so far. However the Borussians are simply no match for Bayern Munich who are well on their way to another league title.

The likes of Thomas Muller and Robert Lewandowski seem to be in the form of their life and Guardiola’s men have looked unplayable home and away.

Aubameyang has established himself as one of Europe’s best strikers

The Gabon international claimed at the start of the season that he will do everything possible to guide Dortmund to another title and he has delivered on his promise. Aubameyang has been unplayable in most games this season. His pace and trickery has been the main asset for Tuchel this season.

Gladbach are well and truly on their road to recovery

Gladbach seemed to be in a state of misery when fav favourite manager Lucien Favre resigned. However the German outfit have bounced back with a remarkable set of performances since then.

Gladbach have won their last 5 league games after their catastrophic start when they lost their opening 5 games in a row.

Brazilian midfielder Raffael has been central to their revival and has contributed to 10 goals in their 10 league games.