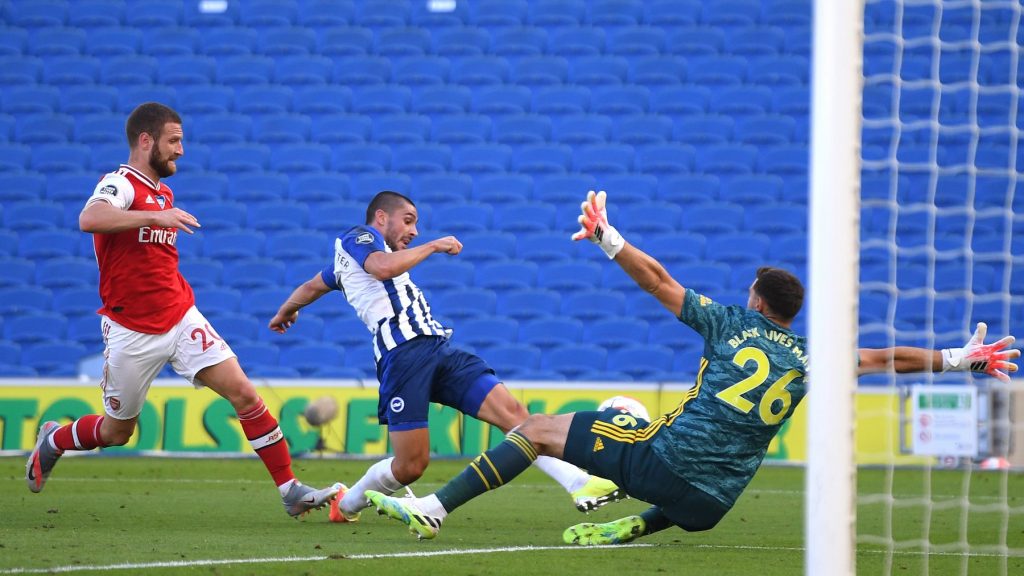 Brighton & Hove Albion head to the King Power Stadium in tonight’s 6pm kick-off, hoping to pull off another unlikely victory when they take on high flying Leicester City.

With Neal Maupay’s last gasp winner on Saturday condemning Arsenal to their second defeat in less than a week, the Seagulls will be aiming to take another step towards securing their survival by beating the 2015/16 champions.

Buoyed by the come-from-behind victory against the Gunners, another win on the road will put even more daylight between Brighton and 16th placed Watford who played out a 1-1 draw with Leicester on the weekend.

Manager Graham Potter, speaking in yesterday’s press-conference explained the need to focus on the task his team has in front of them instead of dwelling on the performances of clubs also battling relegation.

“It was nice for us to get the three points, irrespective of what anyone else is doing. Even though it’s a big three points, it is just that and we have to move on but it was a great moment.”

The Seagulls enter tonight’s game with only Columbia international Jose Izquierdo unavailable, with news that he is unlikely to feature in any of the final fixtures due to an ongoing knee issue.

Given the quick fixture turn around, Potter admitted that squad rotation was something they may need to consider, but would be assessing each player before the line up is announced in order to pick the right team.

Albion fans conspicuously absent from the game on Saturday due to the COVID-19 restrictions will be concerned to hear that Leicester also have a full squad to choose from, with Dennis Praet proving his fitness in time for the clash.

The Foxes start as favourites and have an automatic Champions League place to clinch so will be fielding a strong team, including Premiership top scorer Jamie Vardy who sealed their victory in the reverse fixture back in November.

A win against Brighton would tighten the grip Leicester have on 3rd place giving them a 6 point cushion ahead of Chelsea who are tasked with stopping the rampant Man City on Thursday night.