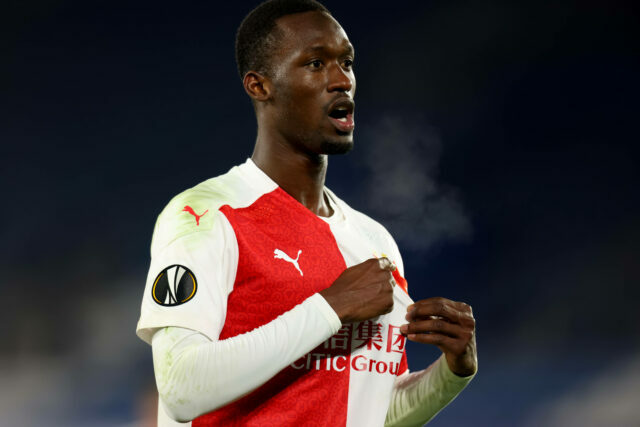 Brighton are close to signing Senegal international forward Abdallah Sima from Slavia Prague, according to reports from The Athletic.

The Seagulls have been looking to sign a striker throughout the summer and have had a bid rejected for Celtic star Odsonne Edouard.

They were also interested in signing Eddie Nketiah from Arsenal, but now it seems they are poised to purchase the 20-year-old for around £7 million.

According to Ryan Taylor of The Express, Brighton have now agreed a deal in principle to sign the youngster.

Sima scored 15 goals in 32 appearances in his debut campaign.

He scored against Leicester City in the last 32 of the Europa League and featured in both legs against Rangers in the last 16 before Prague were knocked out by Arsenal in the quarter-finals.

Prague are struggling financially following their exit from the Champions League qualifying stages, and they had very few options left other than selling Sima to Brighton.

He was previously linked with a move to West Ham United after they signed Tomas Soucek and Vladimir Coufal from Prague.

West Ham have been looking for a new striker after selling Sebastien Haller to Ajax in January, and the club considered Sima as an option.

However, he is all set to join Brighton. The youngster is seen as a player for the future.

We reported earlier today that Brighton have secured the signing of Marc Cucurella.

The Seagulls have activated his €18 million release clause, and the money has been paid in full to Getafe.

He has travelled to England and already completed his medical.