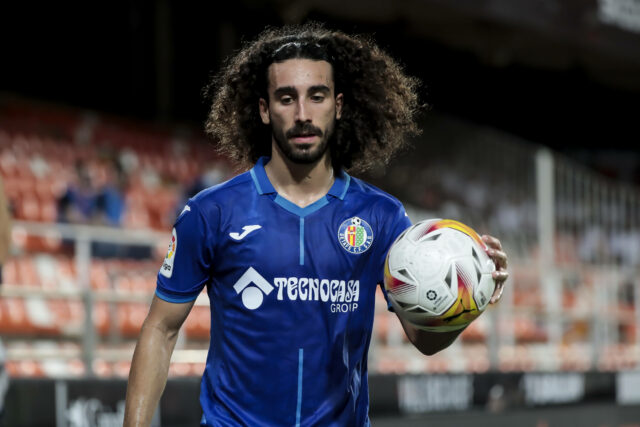 Brighton & Hove Albion have secured the signing of Marc Cucurella, according to transfer guru Fabrizio Romano.

The Italian journalist has claimed on Twitter that it is a ‘done deal’ scenario. The Seagulls have activated his €18 million release clause, and the money has been paid in full.

The 23-year-old will fly to England today to sign his contract.

Excl. Marc Cucurella to Brighton, done deal and here-we-go! The release clause has been matched and paid few minutes ago. Brighton will pay €18m to Getafe. 🔵🇪🇸 #BHAFC #Getafe

Cucurella will fly to England today in order to sign his contract. Announcement soon. pic.twitter.com/vGYsd9aFEr

Journalist Aden-Jay Wood has suggested on Twitter that the player has agreed personal terms and that he is all set to join his new club.

As per @FabrizioRomano It’s my understanding that Marc Cucurella’s release clause has been paid and personal terms agreed. He’ll fly to Brighton to complete a move in the coming hours. #BHAFC #Cucurella

In another tweet, Wood has claimed that Brighton keeper Christian Walton is close to joining League One side Ipswich Town on a season-long loan deal.

Brighton keeper Christian Walton looks set to join League One side Ipswich Town on a season-long Loan deal. If the move is completed, he’ll be working with Albion legend John Keeley, who is currently Ipswich’s goalkeeper coach. #BHAFC

Brighton have been very impressive under Graham Potter this season, and they are now looking to make some signings to bolster their squad before Tuesday’s deadline.

They sold Ben White to Arsenal for around £50m and have money to spend.

Cucurella is a highly-rated versatile midfielder who would be a cracking signing for the club.

He initially joined Getafe on loan from Barcelona, and the move was later made permanent last summer.

He made 39 appearances in all competitions for the La Liga outfit last season, scoring three goals.

The Spaniard is a wide midfielder but he can also play as a left-back.

Brighton are also looking to sign Daniel James from Manchester United, while the club have a long-term interest in Celtic striker Odsonne Edouard.