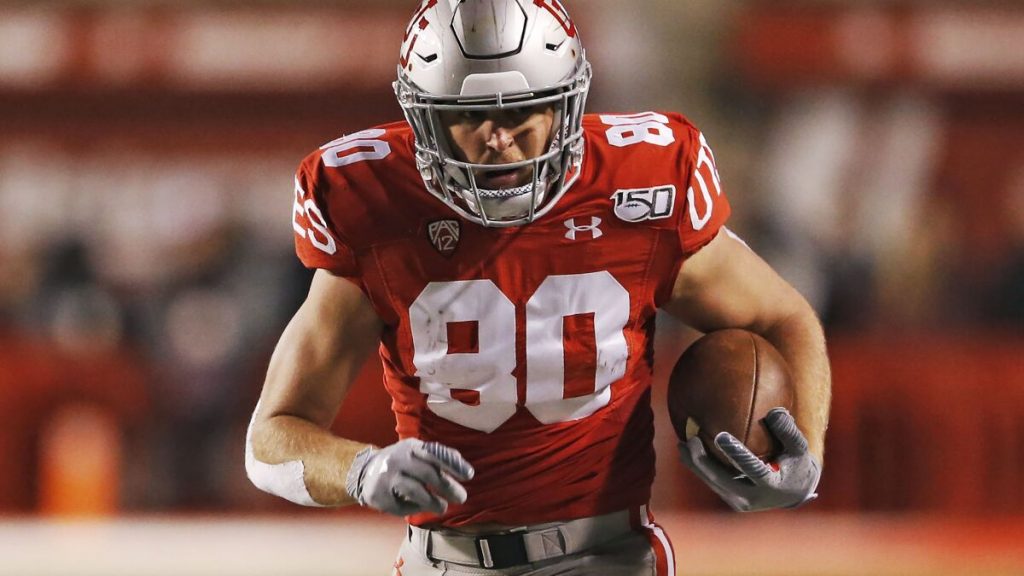 The Utah Utes are currently ranked twelfth in the college football rankings but have just lost a major weapon for the season. Tight end, Brant Kuithe is leading the team in receptions this year, but had to leave the game against Arizona State towards the end of the first quarter. His injury was confirmed as season-ending on Monday.

Brant Kuithe was on course for his best ever season as a Utah Ute. Unfortunately for him and the Utes, a knee injury suffered at the end of the first quarter against the Arizona State Sun Devils has ended his year.

Kuithe led the Utes with 19 catches and had amassed over 200 yards in his first three and a bit games. Additionally, he’d reached the endzone three times and was a major factor in Utah’s passing game.

“[It is] a big blow for our offense,” head coach, Kyle Whittingham told reporters on Monday. Whittingham added that Brant Kuithe was, “great leader, great teammate, and great person.” The Utes head coach also added that it was possible for Kuithe to redshirt the season and return next year if that was his wish.

The Utes will likely look to Donovan Kincaid and Thomas Yassmin to pick up the slack. Kincaid plays most of the passing down snaps anyway, so Yassmin will likely be the one in line for more work.

Yassmin currently has just two catches for 101 yards and a touchdown. He will likely get ample opportunity to improve on those numbers prior to the end of the year.

The Utes may look more the way of Kincaid with Kuithe done for the year. He leads the Utes in yards (240) and touchdowns (4).

Up next for Utah is Oregon State, before a trip to UCLA and a visit from sixth ranked USC.