Is your club completely skint? Still waiting for your Arab oil sheikh to sink billions of his black gold profits into your first team? Just like the rest of us, you’ll probably we waiting a long time. As Manchester City fans are going to find out in the next few seasons, money can’t guarantee you long-term success. Just ask Real Madrid. It can, however, buy you the players you want.

Money is increasingly short in the modern game, meaning that clubs are becoming increasingly reliant on the free transfer market, and in turn their scouting network and their luck. At the same time, clubs are retaining fewer players than ever, meaning that there are countless players available on the market at any time for free.

Most of them will never amount to much, but there are some real gems out there for the shrewd manager. It’s certainly possible to assemble an entire team of free transfers. If you were giving it a go this summer and salary was no object, here’s what you might come up with. Brad Friedel is coming to the end of his Aston Villa contract and, given the quality of his performances and of the clubs interested in him, it’s unlikely that he’ll be there next season. Even more pressing is the fact that he was declared bankrupt in January, after his US soccer academies got into financial trouble, meaning that he’s unlikely to turn down any lucrative move which is offered. A return to Liverpool is possible, although Arsenal and Spurs need a decent keeper too. 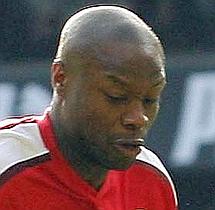 Sol Campbell and William Gallas missed each other at Arsenal by a season, and having both captained the Gunners, now find themselves possibly without a club in the summer. Gallas is much more likely than Campbell to find work in the Premiership, having been excellent for Spurs whilst Campbell floundered at Newcastle, appearing just seven times in the league. Whilst we’ll probably see Gallas in the Premiership next year, the smart money is on Sol to call time on a glittering career.

Too late for: Phillipe Mexes (Roma to Milan)

Jose Bosingwa was a big-money signing for Phil Scolari at Chelsea, but after a bright start, his career has stalled on the treatment table. With Branislav Ivanovic making the right-back slot his own, the future looks bleak for the pacy attacking full-back, who initially drew comparisons with Daniel Alves for his marauding runs and long-range shooting.

The experienced John Paintsil is a popular figure at Craven Cottage, but Mark Hughes isn’t convinced. Perhaps his popularity stems more from his one-man laps on honour than from his performances, but there is no doubting that the Ghanaian offers buckets of experience both internationally and in the Premiership, and can be called upon to do a solid, if occasionally erratic, job.

Too late for: Taye Taiwo (Marseille to Milan)

Whilst Mark van Bommel has made it very clear that he wants to extend his six-month contract with Milan into next season and beyond, nothing has materialised as of yet, and this has alerted Tottenham, amongst others, of his potential availability. Tough and dirty, a loose cannon but a winner, van Bommel would literally strengthen any midfield in Europe. With Spurs unable to replicate their qualification for the Champions League, someone with van Bommel’s personality might be just what they need in their midfield (Editor’s Note: As of this morning Mark van Bommel has extended his stay at Milan till 2012).

David Vaughan was lost in the football wilderness just three years ago after a failed spell at Real Sociedad concluded with relegation, and he was snapped up by then-Championship strugglers Blackpool for the paltry sum of £200k. Over 100 league appearances later, and he is one win away from playing a key role in the most unlikely Premiership survival story of them all. Blackpool’s form is uncannily linked Vaughan’s fitness, falling off a cliff whenever he is unavailable, and there should be plenty of suitors this summer. He’s unlikely ever to be lost in the football wilderness again.

Giles Barnes rolled of the consistent but modest Derby County Premiership production line, which also gave us the likes of Malcolm Christie, Chris Riggott, Danny Higginbotham, Rory Delap and, most notably, England midfielder Tom Huddlestone. A tricky and pacy winger, who can also offer thrust and penetration through the middle, his career has stalled significantly since picking up an injury shortly after Derby County last won promotion. If he can be kept off the treatment table and fulfil his potential, he could prove to be a very shrewd signing.

At the opposite end of his career, but with much greater pedigree, Valencia winger Vicente was once the most talked about youngster in Europe. Still only 29, he has also struggled with injury, but has also found time to make over 250 appearances for Valencia and win 38 caps for Spain. Cultured, tricky and with a great delivery, he could find a new lease of life in the Premiership next season. 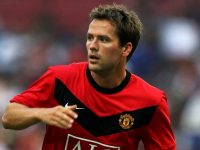 Michael Owen needs no introduction. 118 league goals for Liverpool, a prolific season in Real Madrid and then very little in six years with Newcastle and Manchester United. When he reached 35 goals for his country in 2005, he seemed destined to comfortably be England’s all time top scorer but has only managed five goals since, and none since 2008. Given his injury record it looks unlikely that he will be offered a new deal by Sir Alex Ferguson, but there’s no chance of him retiring whilst he still harbours international ambitions. Aston Villa could be ideal, as they’re in dire need of a player to partner Darren Bent.

Johan Elmander is a player who performs in spurts, scoring goal after goal for Bolton at the start of this season, before tailing off in the new year. He came to the Trotters attention after a similar spell for previous club Toulouse, where he would often go months without scoring, before suddenly coming to life. He seemed set for a move to Liverpool in the summer, before their moves for Suarez and Carroll seemingly closed the door on that. Powerful and direct, with deceptively good feet, he could prove an ideal target for Stoke, but will surely be aiming higher.

You can also read Red Ben at Five Cantonas, and follow his tweets @FiveCantonas.