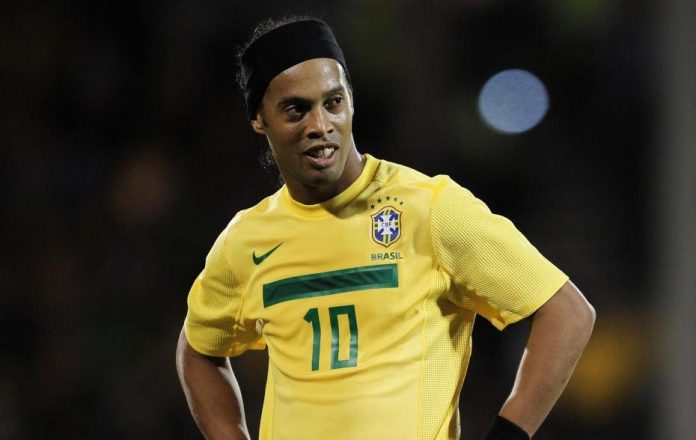 Football Manager 2016 is set for official release later today and if you have already played the BETA version and are looking for some transfer tips, you have come to the right place.

Not every you are managing will be afford to buy high profile players or any player at all. In that case your only way of strengthening or adding depth to the side is to dip into the free transfer market.

Just like every other version of the game, Football Manager 2016 offers an impressive selection of free agents that can lead you to glory in the right team.

Here at Soccerlens we bring you five free agent transfers that are perfect for any midtable side lacking in funds.

Ronaldinho – The Barcelona and Brazil legend is out of a club and his impressive attributes and quality makes him the best free agent available in the game.

Also, think about the shirt sales! 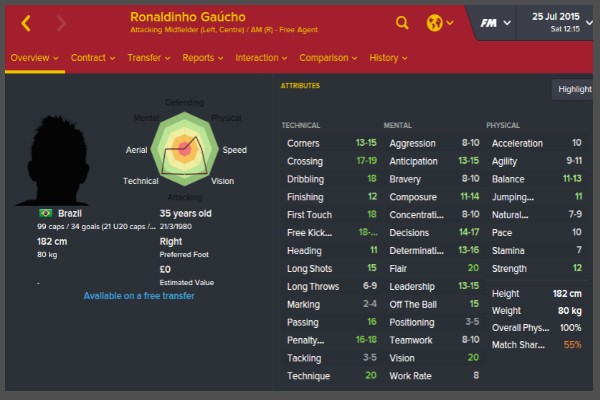 Del Piero – Agree that the Juventus legend is 40 and has terrible physical attributes, but the joy of having a player of his calibre and name is enough.

Plus, think about the late free kick your side could get? 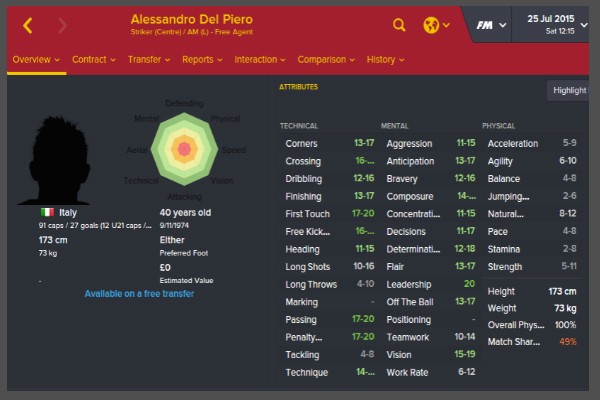 Emmanuel Adebayor – The former Spurs and Arsenal striker is still a 15 goal striker in the Premier League. The African is without a club and could be a huge asset for most sides.

Good luck with his wage demands and attitude though. 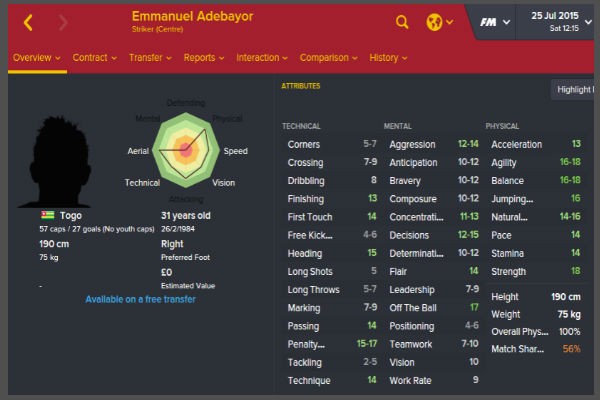 Kevin Nolan – The former Newcastle and West Ham player is out of contract and offers an impressive set of attributes. Furthermore, Nolan has the physical attributes to give you one/two good seasons. 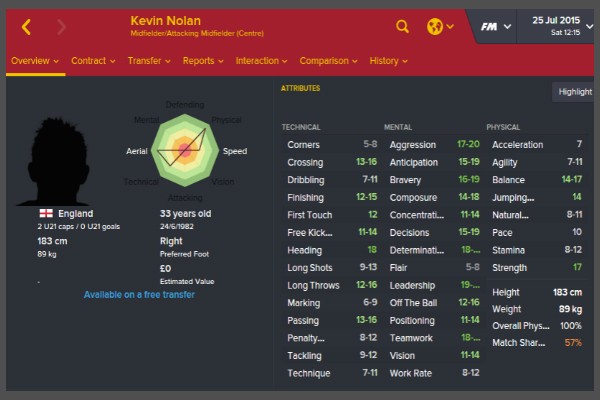 Morgan Amalfitano – The former WBA and West Ham attacking midfielder is still a very handy option and is out of a contract. If you need an experienced midfielder or a back up attacking player, don’t think twice. 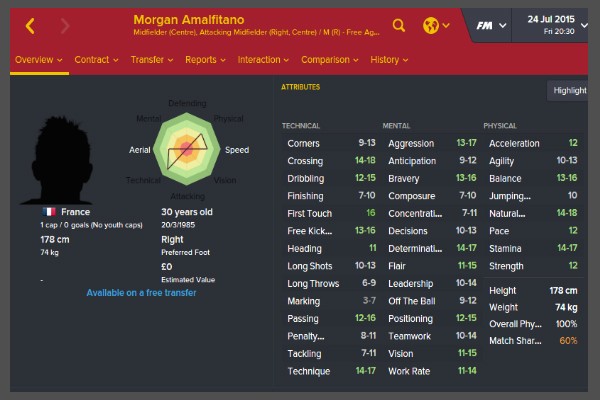