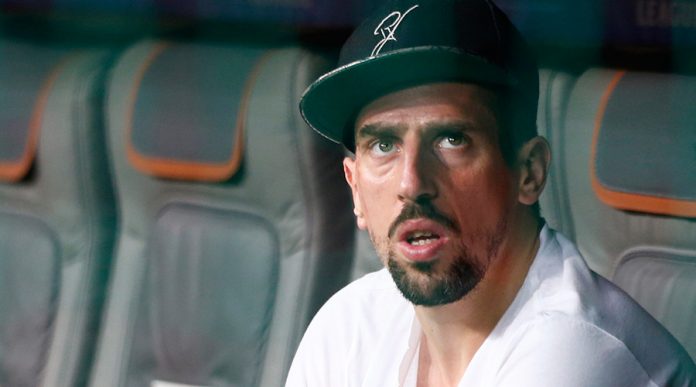 Twitter is one of the most efficient social networking sites and are using an image while tweeting is one of the features of Twitter. Majority of the tweets from American television channel CNN’s official Twitter account contains an image with a tweet.

Bayern Munich star Franck Ribery was dragged into controversy by CNN after they used his image while tweeting about the tragic death of Chelsea Ake-Salvacion’s. She was working at a cryotherapy center in Las Vegas and in her off hours, Ake-Salvacion used to engage in the practice.

The 24-year-old was found dead in one of the tanks in at the cryotherapy center, which raised questions about the safety involved in this process. CNN used the image of Ribery, while tweeting the news about Ake-Salvacion’s death.

They tweeted saying ” Women found frozen to death in cryotherapy chamber; health trend called into question.” The tweet has now been deleted, but a screenshot of the same can be found below. 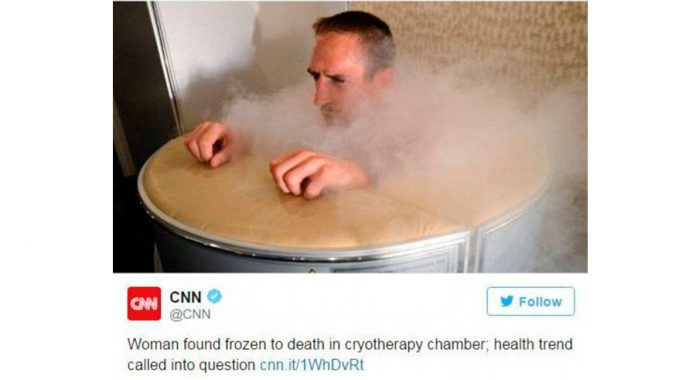 This has not gone well with Ribery and his camp. The French winger’s lawyer revealed CNN used the image without the player’s permission and they are looking to sue the American channel for $1.5m in damages.

“Mr. Franck Ribery, a world-famous professional soccer player and former member of the France national soccer team, has never given his permission and consent to the use of this photograph – and therefore of his image – related to the aforesaid publication,” Carlo Alberto Brusa told French radio station RMC.

“Mr. Franck Ribery and his family instructed me to go to French court to seek damages of at least $1.5 million.”

Ribery, meanwhile has not enjoyed the last few months as he is forced to spend time on the sidelines. The 32-year-old picked up an ankle injury during the Bundesliga club’s Champions League match against Shakthar Donetsk last season in March 2015.

“The trend’s positive, he’s feeling well. He’s already back on the pitch completing laps. He’s back in his football boots, and has already completed different runs with the ball. We are out of the deep valley,” Sammer explained.

“He’s a fighter. He has always signalled that he has not given up hope, and that was the most important message for me.”