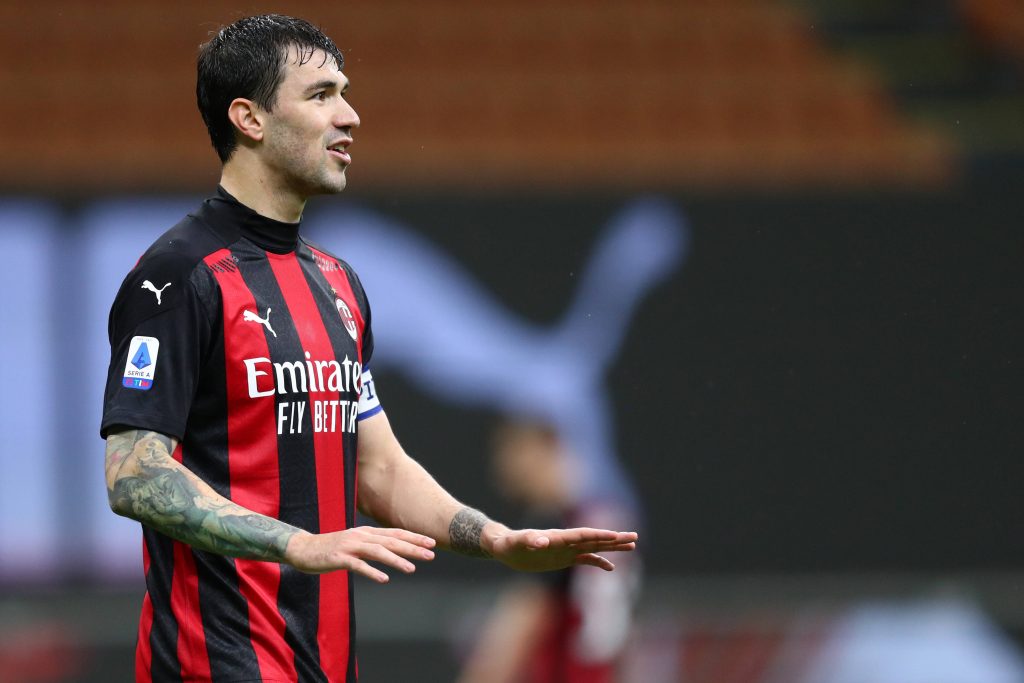 AC Milan centre-back Alessio Romagnoli has once again been linked with a move to Barcelona.

Romagnoli has been at AC Milan since signing from Roma back in 2015. He has since made over 200 appearances for the Rossoneri, scoring nine times.

The Italian’s contract is set to expire next summer, and Milan are reluctant to lose another player on a free transfer, following the departures of Gianluigi Donnarumma and Hakan Calhanoglu.

As a result, they may look to ship him off this transfer window while he still has value.

Barcelona have been linked with the centre-back for a while now, and recent developments may accelerate their interest.

Given the club’s financial struggles, a cut-price deal for Romagnoli may be the best they can get.

La Blaugrana are looking to let go of some of their highest earners, with Samuel Umtiti and Clement Lenglet both reportedly on the chopping block.

This would leave them with just four natural centre-backs, and only one over the age of 22.

In addition, manager Ronald Koeman would have no left-footed central defenders to choose from.

According to Sport, they could offer midfielders Miralem Pjanic and Philippe Coutinho in exchange for the Italian.

The pair have both fallen well out of favour at Camp Nou and are expected to move on this summer.

A move back to Serie A could be good for Pjanic. The 31-year-old enjoyed some of the best years in Italy, scoring 43 goals and winning four league titles across a nine-year spell with Roma and Juventus.

As for Coutinho, he will be looking to revive his career following a nightmare spell in Catalonia.

His reported £142 million transfer has been a disaster, and he has since lost his place in the Brazil squad.

He will be hoping to work his way back into the national team ahead of next year’s World Cup in Qatar.

Read also: Barcelona plan to get rid of Antoine Griezmann and Philippe Coutinho this summer.