Mario Balotelli would be willing to return to the Premier League with Chelsea, according to the player’s agent, Mino Raiola. 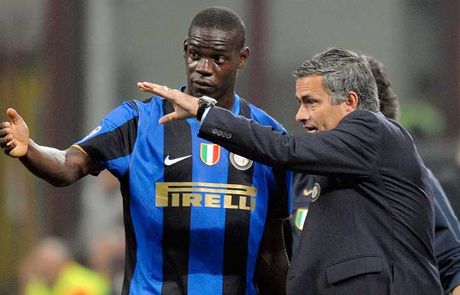 The 23-year-old joined former Premier League champions Manchester City in 2010 from Inter Milan but after spending two and a half season, where he was embroiled in more controversy than goals, he was sold to AC Milan in the January transfer window of 2013.

Balotelli has settled in nicely since he moved to Italy and has scored 15 goals so far (including last season) in 18 league appearances. However like always, he has been in the news for all sorts of wrong reasons recently, like the reported car crash incident but it is his future that attracts the most interest.

“Balotelli and Mourinho could be reunited because they know each other and they didn’t leave each other with hate,” Raiola told ‘Tiki Taka’ on Italia 1.

“There was not a very nice incident between them, but they parted company on good terms. They have remained in contact and there is mutual respect.

“It could happen [a move to Chelsea] but Galliani obviously doesn’t want it to.”

Jose Mourinho never had any doubts over the player’s immense potential but as a result of the Italian’s peccadilloes, the pair has several fall-outs during his time at Inter.  The former Real Madrid boss once said that the striker was “unmanageable” and the pair went separate ways eventually. Mourinho went on to become the head coach of Real Madrid while Balotelli moved to England to join Manchester City.

Now, according to Raiola, there is an opportunity for the pair to reunite as Chelsea are still in the market to land a world class forward. Well, in football, it is hard to predict the future, but should Chelsea move for Balotelli, it would probably represent the biggest gamble taken by the Portuguese in his entire managerial career.