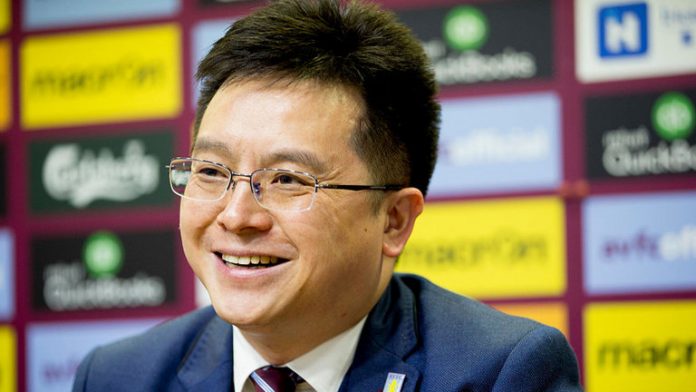 Well that escalated quickly. Soon after publishing a story imploring Tony Xia to offer some clarity on the situation at Aston Villa, we got it and then some.

The fact that the news didn’t come from Xia is a minor niggle, but at least the fans now know where they stand. Their club is royally screwed unless they quickly find additional investment or new owners.

Huge investment in transfers and wages left the club facing the threat of an HMRC winding-up order over an unpaid £4.2m tax bill.

The club has agreed a deal with the Premier League to dip heavily into this season’s £15m parachute payment to keep things ticking over – a temporary fix at best.

Villa’s official stance is that the club is not for sale and the financial problems are the result of cash-flow issues for Xia in China.

The owner is trying to attract new investors to share his financial burden, but it is understood that he would sell the club for the right price.

With Xia’s funding for the club costing him an estimated £6m per month, it is obvious that Villa are in a huge financial pickle.

Before Villa’s tax problems became apparent, it was clear the club would have to sell some of its star names to comply with Financial Fair Play (FFP) regulations.

That would probably start with midfielder Jack Grealish, while big-money signings like Ross McCormack, Scott Hogan and Jonathan Kodjia are also likely to be made available.

More worryingly for the club’s fans is the fact they could start next season in administration and with a 12-point deduction. Promotion to the Premier League? Forget it.

Xia made a lot of fancy claims when he took over the club in 2016, including stating that Villa would be the top club in Europe with the most fans in the world in just five years.

That should have been a major clue about his suitability to take over the club. It bore all the hallmarks of the proclamation made by Venky’s in 2011 that they wanted Ronaldinho and David Beckham to sign for Blackburn Rovers and it’s been well-documented how that turned out.

Xia clearly isn’t without finances, but a test that doesn’t flush out that moving money out of China could be problematical means it simply isn’t worth the paper it’s written on.

The list of questionable owners who have negatively impacted the British game keeps growing and Villa fans have a right to feel disgruntled that they’ve ended up in this position.

They – and the game as a whole – deserve much better from the people who administer football. The worrying thing is that Villa probably won’t be the last club to end up in the mire.