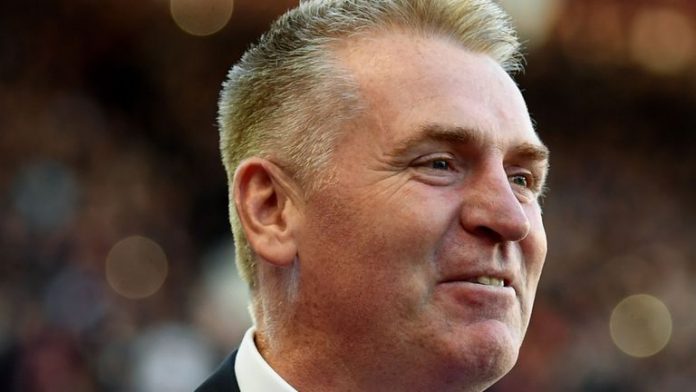 Aston Villa host Hull City in the Championship on Saturday desperately needing a victory to get themselved back in the running for a play-off place.

Villa head into the game 12th in the table, six points adrift of the top six having not won since Boxing Day. The face a Hull side who have shot up to 10th in the standings following a nine-game unbeaten run.

Hull lost the reverse fixture 3-1, but Sky Sports‘ pundit David Prutton has tipped them to gain their revenge with a 2-1 win this weekend (11/1 with Sky Bet).

“Is the early positivity felt under Dean Smith dwindling at Villa Park?” he said.

“It was always going to take him a while to make his mark, but one win in seven Championship games will never be good enough for Aston Villa at this level.

“This would have been a home banker earlier in the season, but Hull are absolutely flying with six wins on the spin and now find themselves above Villa in the table.

“They could easily keep that going on Saturday.”

Goals by Tommy Elphick, Ahmed Elmohamady and Alan Hutton got the Villa goals at the KCOM Stadium back in August and the Midlands outfit are favourites to complete the double on Saturday.

Villa are priced at Evens to win the game, with Hull on offer at 5/2 and the draw available at 13/5.