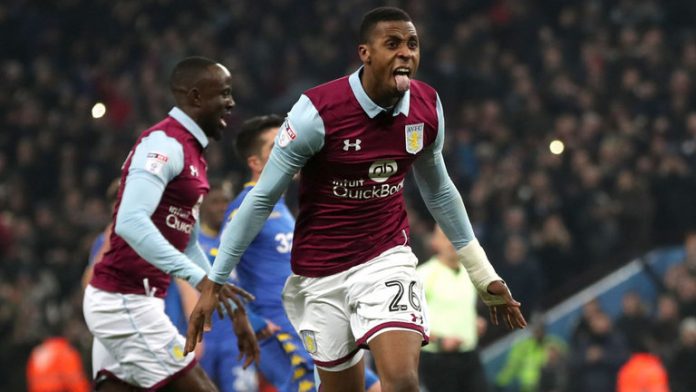 Aston Villa boss Steve Bruce insists fans should not expect too much from striker Jonathan Kodjia following his return from injury.

The 27-year-old bagged his first goal of the campaign in Saturday’s 1-0 win over Bolton to help Villa to their fourth victory in a row.

Kodjia scored 19 goals last term, but Bruce told the Express and Star that fans should be patient with the Ivory Coast international.

“It is going to take time and confidence – he has had a nasty injury,” said Bruce. “I always think that however long you are out, it takes you that long again to get back to where you should be.

“I don’t think we will see the best of Jimmy until November, December time.

“I do believe, having watched people, you don’t get back to those levels, until you have been back for the same time as you were out.”

While Bruce will understandably be keen to play down expectations, Kodjia has played well since his return from injury.

Villa’s improved performances have coincided with Kodjia’s comeback and now the striker has broken his duck for the season it’s not unrealistic to expect the goals to start flying in.

The striker is currently six behind the top scorers in the Championship, but odds of 33/1 for him to finish top of the pile look tempting given the number of chances Villa have been creating in recent weeks.

Bruce’s side have been cut to 9/1 for the title and Kodjia could be the key to them securing their return to the Premier League this season.