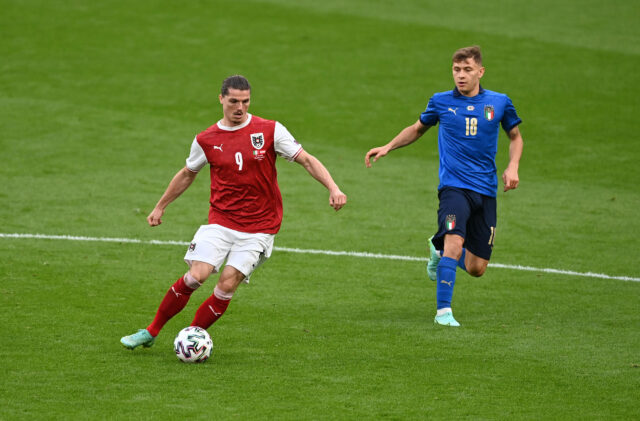 Jose Mourinho is a big admirer of Marcel Sabitzer, and he wants to bring him to Roma this summer.

Sabitzer has been a long-term target for Tottenham Hotspur. He was heavily linked with a move when Mourinho was at the helm, and Spurs are still interested.

North London rivals Arsenal have also been linked with a move for the 27-year-old who bagged nine goals and eight assists last season for the Bundesliga club.

It now seems Roma have joined the race, with Mourinho pursuing him more aggressively, according to EuroSport.

The Austria international has been a top performer for Leipzig over the past seven years, but it seems his future now lies away from the Bundesliga.

He has just 12 months left on his current contract and is seeking new adventures.

The Athletic claimed last month that Leipzig are ready to consider offers around £13 million.

Spurs have not yet made an official move for the versatile midfielder.

Nuno Espirito Santo is willing to allow Moussa Sissoko to leave the club, but Harry Winks will be given another opportunity to prove his worth.

Signing a midfielder is a priority for Spurs, and Sabitzer at under £15m should be a no-brainer.

However, Nuno may have other ideas.

Read: What England players think about Kane’s potential next move.