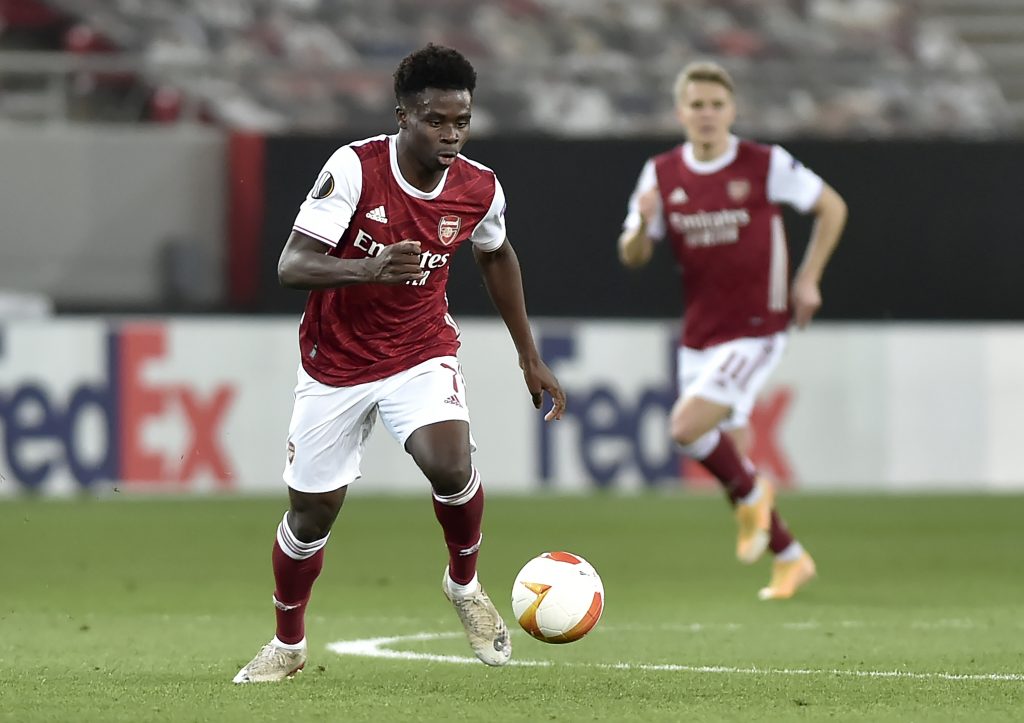 Arsenal manager Mikel Arteta has hinted that Bukayo Saka could be rested against Leicester City in the Premier League on Sunday.

The 19-year-old produced another excellent display against Benfica in the Europa League in midweek but may not start against the Foxes.

According to football.london, Arteta is keen to ensure that Saka doesn’t suffer from burnout during the rest of the season.

“He’s really fatigued,” said Arteta. “He’s played a lot of minutes. He hasn’t had much rest.

“We asked him to go again and produce these moments, and the boy’s done it against a really difficult formation, the way they were so deep with the really small spaces, but he’s found a way to do it again.”

Saka’s performances have drawn praise from Ray Parlour, with the Arsenal legend telling talkSPORT that he should be in the England squad for the European Championships this summer.

Harry Kane poised to stay at Spurs for another year (The Telegraph).
Former Valencia chief linked with a major role at Newcastle (Chronicle Live).
US investors on the cusp of Ipswich takeover with Cook to replace Lambert (The Athletic).
Pep Guardiola wants to emulate David Moyes (Independent).
Lionel Messi may be heading towards his Las Vegas stage, but the fire still burns (The Guardian).