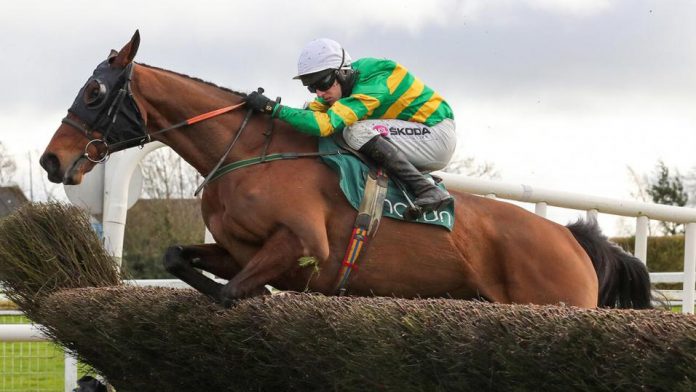 Any Second Now was the horse who finished third in the Grand National last year, so he returns to Aintree looking to go two places better. But for better luck in-running, he might have even won the world’s most famous steeplechase.

Ted Walsh knows what it takes to win the Grand National after giving son Ruby the leg-up on Papillon to Aintree glory in 2000. Besides saddling Any Second Now to third in the race last year, he also saw Seabass under daughter Katie fill the same spot in 2012.

Any Second Now is one of many you can expect to find running the green and gold hooped silks of leading Irish horse racing owner JP McManus in the Grand National this year. His wife Noreen bred the horse, so it’s a family affair for connections.

As his price indicates, Any Second Now is a very popular choice among punters for the Grand National. The bookies clearly fear that despite a 7lb rise in the weights from last year, he will once again be primed for a bold show on Merseyside. Any Second Now odds of 8/1 with BoyleSports suggest he’s a leading contender once again.

What Happened Last Year with Any Second Now in the Grand National?

After the unusual prep of running in the Webster Cup over just 2m at Navan, Any Second Now was sent off a very well-backed 15/2 second-favourite in the Grand National. Unfortunately, he was badly hampered by a faller at the 12th fence where there is a ditch on the landing side.

Any Second Now dropped to the rear as a result of that interference but started making steady headway from the one before Becher’s Brook on the final circuit. By the home turn, he was disputing fourth place and went past Burrows Saint into third at the final fence.

Although Any Second Now stayed on bravely up the famous long run-in, he just had too much ground to make up on Minella Times in the same ownership. He was beaten by just over eight lengths but less than a couple of lengths behind 100/1 Grand National outsider Balko Des Flos.