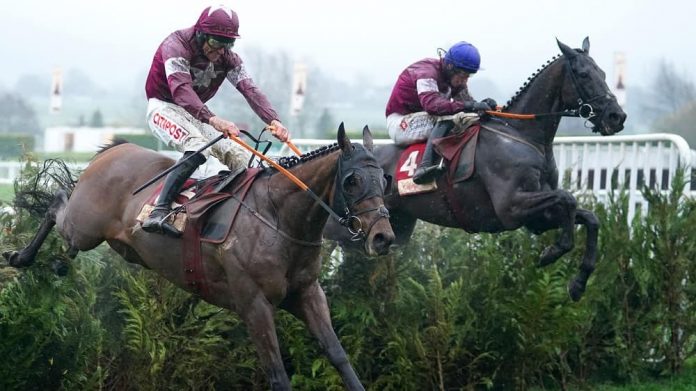 Delta Work looks very much as though he has the Grand National at Aintree on his agenda next following a big win at Cheltenham. Get the lowdown on this horse preparing to tackle the famous fences for the first time on Merseyside.

Gordon Elliott is one of the best trainers in recent Grand National history. Not only did he saddle the great Tiger Roll to consecutive victories in the world’s most famous steeplechase in 2018 and 2019 but he saddled the fifth last year, Farclas.

Both of those horses are owner companions of Delta Work. Elliott also had the third in 2018 in Bless The Wings and the 2017 runner-up Cause Of Causes. He first landed the Grand National back in 2007 with Silver Birch, so seeks a record equalling fourth success in the race.

Gigginstown House Stud like nothing better than winning the Grand National. These owners, fronted by Ryanair chairman Michael O’Leary, have three victories in the last five renewals. Expect the maroon and white silks of Gigginstown to be carried by Delta Work and perhaps as many as five other horses come Saturday, 9 April.

Prices reflect implied probability and punters latched on to this horse after his victory last time out. That gave the bookies no options but to cut Delta Work odds for Grand National glory with Virgin Bet now going 8/1 about his chances. That makes him their Aintree favourite.

What Happened with Delta Work at Cheltenham?

Although he has never run at Aintree before, Delta Work is an old hand at Cheltenham. Appearing at his fourth Festival in five seasons when last in action, he won for the first time in over two years at any racecourse in the UK or Ireland.

Sent off a well-backed 5/2 favourite despite never running in a Cross Country race before, Delta Work recorded a second Cheltenham Festival success of his career. He lowered the colours of owner-stable companion Tiger Roll in a sustained duel all the way up the famous hill.

Delta Work appeared rejuvenated by the variety of obstacles of different heights in the Cross Country Chase. He also appreciated the step up in trip to 3m 6f for the first time. All this bodes very well indeed for his Grand National prospects with Elliott readying Tiger Roll and Cause Of Causes for Aintree by using the same race.