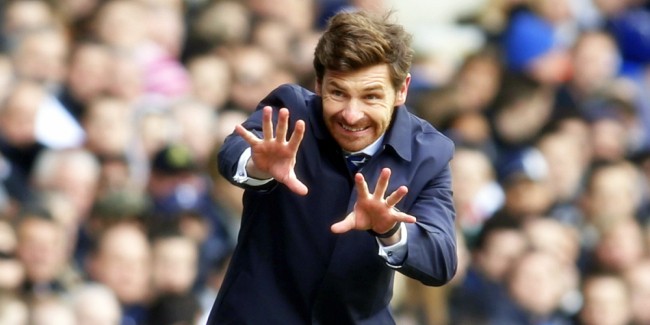 Heading into the most important week of Spurs’ season, their manager Andre Villas-Boas spoke to Yahoo as part of their deal with the League Managers Association. In the interview, Villas-Boas talked about the competitiveness of his team, Gareth Bale, Lewis Holtby and the German Bundesliga.

Question: There seems to be a real cohesion about your team and they appear to really enjoy playing with each other, how have you managed to bring out those qualities?

Andre Villas-Boas: That is mostly down to them and their ambition to reach the Champions League. They were very unfortunate last season although it meant success for Chelsea which is always good for the English game. You can see how much these players want it, though, and you can see that power on a weekly basis.

Q: You have been competitive on a few fronts this season, as a manager how do you keep things fresh and keep the players focused?

AVB: It’s difficult but sometimes it’s what the players want. The more competitions the more chances you have to play and enjoy yourself on the pitch. It is different for every player but there are players who prefer a routine with a midweek game with all the pressure and adrenaline that comes with it, they live off that.

When we went out of the Europa League our habits changed in that we started training all week to prepare for the end of week game, it’s not a big strain for us because we’re on 51 games now and will finish with 55. That means we will have responded well to different competitions and the boys deserve praise for coping with that.

AVB: Great, he has been outstanding this season. He has enjoyed his performances and that is vital for any football player. Managers have to guard against limiting them through too much organisation, but that hasn’t been the case with Gareth who has played in a different position to the one he has played in before.

Doing that has given him the chance to score more goals which has contributed to his wonderful season, plus he has the ambition to be at the very top.

Q: Do you think we’ll see a definitive move for him to the centre and what is it about his qualities as a player that made you bring him in from the wing?

AVB: It was born out of an experiment in Baltimore, America when we played Liverpool in a preseason game. Fortunately it is something that worked for us and due to a couple of injuries it was something that we had to keep trying.

We fine-tuned Gareth to play there and he has been tremendous because his talent allows him to be adaptable. I’m not sure that the shift is definitive but it does give us the option of using him in different positions. At the moment, though, the goals he is getting are giving him the buzz to play there.

Q: You signed Lewis Holtby from Schalke 04 in January, given what we have seen from Bundesliga clubs this season do you think English clubs will be looking more towards German clubs to recruit players?

So, we’ll continue to attract the best young players, but that should not limit the chances that our own young players have to break through and develop.