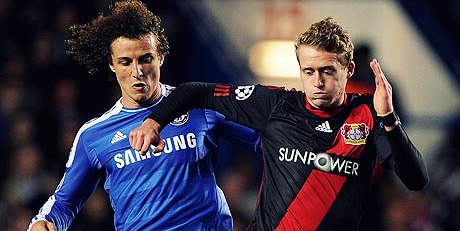 Jose Mourinho has completed his first signing of his second spell at Chelsea with the capture of Bayer Leverkusen’s highly rated young attacking midfielder, Andre Schurrle for a reported transfer fee of £18 million.

Chelsea have been targeting the 22-year-old for over a year while the deal was at an advanced stage for several months now.

According to reports from The Guardian, Leverkusen didn’t want to confirm the deal without finding any proper replacement. On Thursday afternoon, the Bundesliga outfit confirmed the signature of attacking midfielder Son Heung-min, who had joined from Hamburg and soon after Chelsea released a statement on their website that the German star will be joining them subject to completion of a medical.

“Chelsea and Bayer Leverkusen have reached an agreement for the transfer of Andre Schurrle, subject to the completion of legal documentation and related matters, including personal terms and passing a medical.”

The Blues also explored the options of including Belgium winger Kevin De Bruyne into the deal as a part exchange offer. De Bruyne, who joined in the January transfer window of 2012 from KRC Genk has yet to play for the London club and spent the last season on loan at Werder Bremen.

The 21-year-old youngster is looking to seal a permanent move to Borussia Dortmund with Schalke 04 also interested in signing him.

Schurrle can play through the middle and on the left or right side of the pitch and in expected to add dynamism to an already star studded squad. The versatile winger is at his dangerous best when he operates from the left hand side of the midfield, where his natural tendency is to cut in on to his favoured right foot.

The youngster, who came through the youth academy at Mainz 05, where he was groomed under the watchful eye of Dortmund manager Jurgen Klopp, has scored seven goals in 24 appearances for his country.