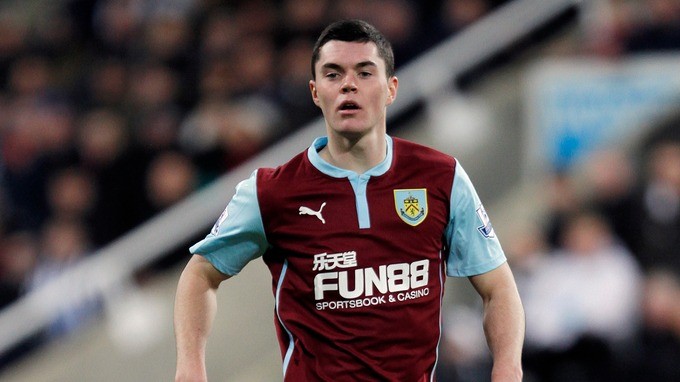 Ronaldo Koeman has made highly-rate Burnley defender Michael Keane his number one target this summer, according to Sky Sports. The former Manchester United man has only one year left on his contract at Turf Moor, and is almost set to move to bigger club. There were reports last month that the Red Devils themselves were looking to bring Keane back to Old Trafford, but the deal never materialised.

The 24 year-old had a stellar season last season as Burnley comfortably avoided relegation in their first season back in the top flight. Sky pundit Frank Lampard even placed him in his Team of the Year for the season. Whether he is that good or not is debatable, but there was no doubt that he was going to attract a lot of interest from the top clubs in the summer.

Everton are looking for reinforcements in the heart of their defence. Their centre-back pairing of Phil Jagielka and Ashley Williams was pretty inconsistent with its performances last year, as the Toffees conceded 44 goals in the league. Koeman has moved swiftly this summer to address his problems at the back. It was reported today that Everton had agreed a £30 million deal for Sunderland goalkeeper Jordan Pickford, making the Englishman the third most expensive goalkeeper of all time.

There are reports that they could be losing Ross Barkley in the summer to a bigger club, while Romelu Lukaku is in talks with Chelsea over a return to Stamford Bridge. If spent wisely, the proceeds from these sales could be used to build a well-balance, all-round team. Everton finished 7th in the league last season, and will need to improve drastically to keep pace with the 6 teams above them. Chelsea, Liverpool, Arsenal, and the two Manchester clubs are all expected to spend big in the summer, while Spurs just keep on improving every year.