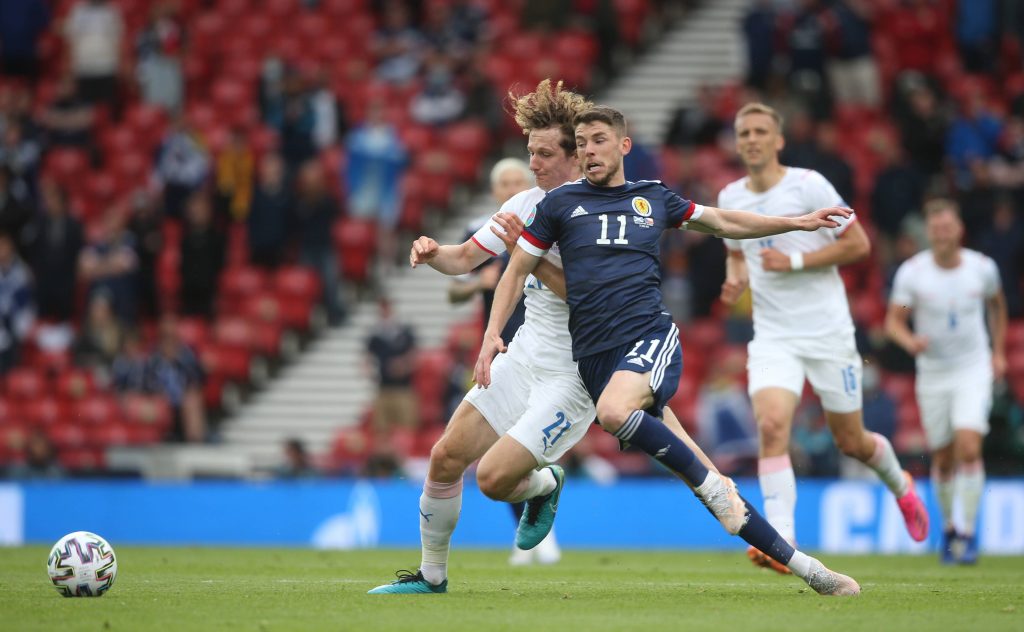 Ryan Christie faces an uncertain future at Celtic this summer.

The 26-year-old has been out of form and is out of contract in less than six months, so he could be on his way out of Parkhead.

Christie is coming to the end of a three-year deal signed in November 2018 and may be lured away from Scotland due to the calibre of clubs showing an interest.

Norwich City, Crystal Palace, Southampton, Nice, Leicester City and Monaco have all been linked with the player.

The Daily Mail (h/t Daily Record) say Burnley are the latest club to be interested and have made an enquiry to Celtic about Christie’s availability.

They’re considering a bid when the Bhoys give his asking price but could sign the midfielder for free in a matter of months.

The Scotland international made 46 appearances in all competitions last season, scoring seven goals with 15 assists.

And while a respectable goal contribution, Christie did struggle for form in 2020/21. Celtic finished 20 points adrift of champions Rangers, so it was a bad campaign for all.

If Christie wants a change of scenery, it appears he has plenty of options, but what will hurt Celtic the most is that he could leave for nothing midway through the season.

His contract being inexplicably up in January means he’s free to agree a pre-contract deal this summer.

This really is a mess from Celtic. They’ve allowed Christie’s contract to run down and are now in a situation where a talented and valuable player could leave on a free transfer.

It’s hard to see him staying at Parkhead given all the interest, especially as there’s no guarantee the Bhoys will win the Premiership title back from Rangers this season.

Christie may have made his last appearance for Celtic, but it is unclear whether he will view Burnley as a sensible move to make.