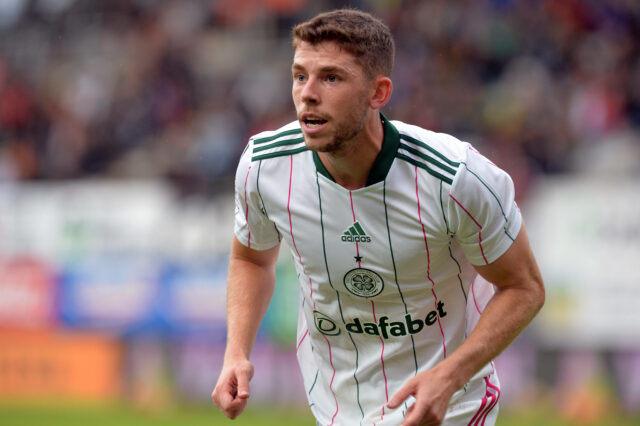 Burnley are keen to sign Ryan Christie from Celtic in the summer transfer window, according to the Daily Record.

The Premier League outfit are long-term admirers of the 26-year-old and ‘are ready to ramp up their interest’ over the coming days.

They have previously made moves for the Scotland international, but it seems they are now ready to make a concrete effort once again.

Christie’s current contract expires in January, but Celtic are determined to keep the attacking midfielder.

New manager Ange Postecoglou has already said he would like the club to tie Christie down on a long-term deal.

However, a move to the Premier League is an opportunity that he may find it hard to turn down.

Burnley face competition for Christie, with the Scottish Sun claiming that Southampton are also looking to sign him this summer.

The Saints, who earned a 1-1 draw against Manchester United at the weekend, are working on a deal to sign the player.

Burnley are only willing to move if the price is right, whereas Southampton have placed Christie at the top of their wish list.

A move to Southampton may be more appealing as the Clarets look more likely to be involved in the relegation battle this season.