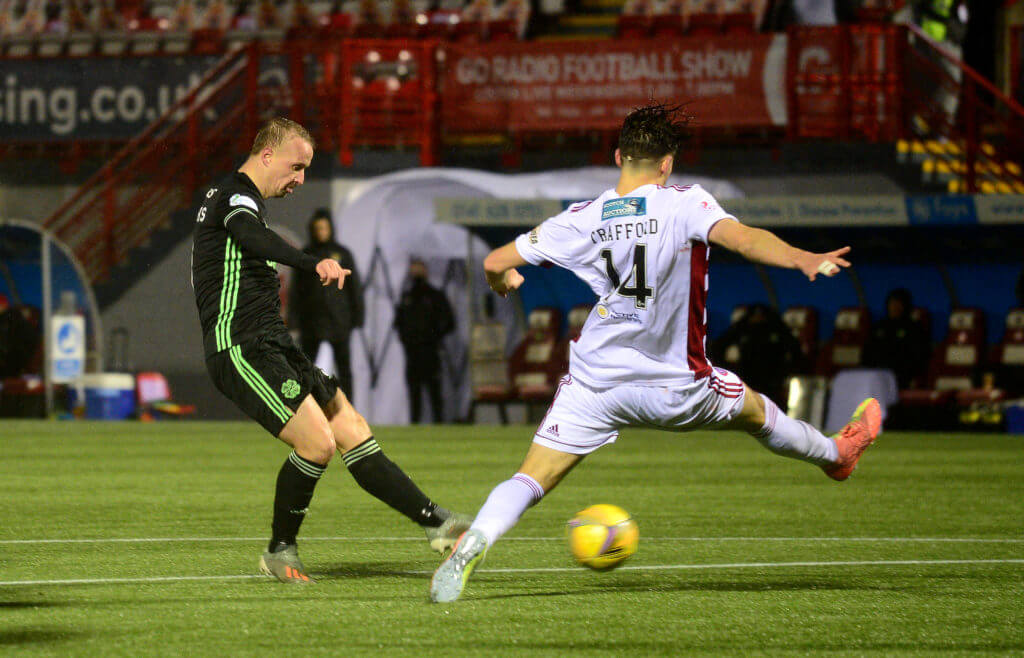 Celtic striker Leigh Griffiths has suggested that it would be a ‘big ask’ of them to catch Rangers at the moment.

However, he feels there’s a lot of football left to be played this season, and that they can ‘claw it back bit by bit’ and challenge the Ibrox club for the title.

Rangers have been outstanding this season, and have now won 15 league games in a row. The Gers now have moved 22 points clear at the top of the Scottish Premiership table, but Griffiths feels that they can reduce the gap.

“Hopefully history repeats itself – we were in a difficult place last year but we came back and blew everyone away,” said Griffiths to Daily Record.

“It’s a big ask with the sizeable lead Rangers have.

“But there’s no doubt in my mind we can claw it back bit by bit. There’s a lot of football still to be played this season.”

Griffiths struggled with fitness and mental problems over the past few seasons and was left out of a pre-season trip to France.

The Scotland striker has made a bold admission that he has let himself and others down, even branding himself a ‘disgrace’ for failing to maintain his fitness.

“I let myself down,” he added. “I let everybody down. But I’m trying to repay them bit by bit by helping the team, scoring goals and getting the team points.

“I had to take a long hard look at myself because I was a disgrace when I came back. Well, when I say a disgrace, I wasn’t because when I left in March and came back I was only 2.5kg over what I was before but I wasn’t as fit as I should have been.”

Griffiths, who joined Celtic from Wolves for a fee of £1.5 million, has suggested that he was ‘slaughtered’ publicly and ‘in-house’.

The 30-year-old has formed a solid link-up partnership with Odsonne Edouard this season, and his performances have improved in recent games.

He has managed six goals in all competitions this season. The striker, however, is confident that he can reach the milestone of scoring 150 goals for Celtic.