Tomorrow, the reigning European champions travel to Mestalla for their 16th La Liga match of the season. Needless to say, Real will start 2015 with a very tough set of fixtures as they face Atletico at the Calderon in the Copa del Rey 3 days after the Valencia match and then host Espanyol before the return leg vs Atletico. This match will be particularly hard as Real face a Valencia that is in-form with only 3 losses from their 16 Liga matches this season. A win for Valencia will also bring them 1 point from 3rd placed Atletico so the motivation will be definitely there. Finally, Valencia will be hoping to turn in a good result after suffering an agonising 94th minute defeat at home vs Barca just over a month ago, so a win/draw tomorrow vs the Liga leaders would be a momentum boost for the upcoming matches. 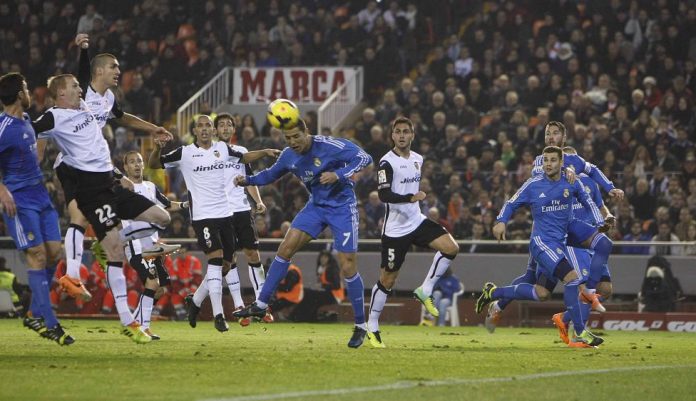 Cristiano scored in his last match at Mestalla

Real Madrid will hope for Sergio Ramos and Marcelo to be at 100% yet the the former shows very little signs for recovering fast enough to feature tomorrow as Ramos has not trained with the team yesterday. Marcelo however has trained normally with the team yet his lack of match-time will probably hurt his chances of participating, much to the delight of Valencia. Ancelotti will probably call on Varane and Coentrao to fill Ramos and Marcelo’s positions while the rest of the positions are unlikely to see any change. On the other hand, Valencia will be with their new 25 million signing Enzo Perez. They will however, miss Javi Fuego’s efforts as he was booked for the 5th time vs Eibar and is therefore suspended for tomorrow’s clash. 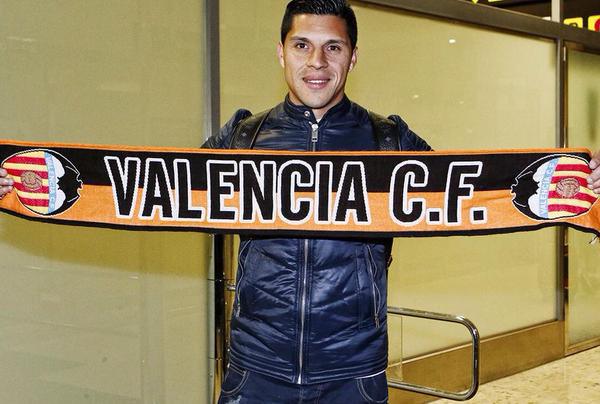