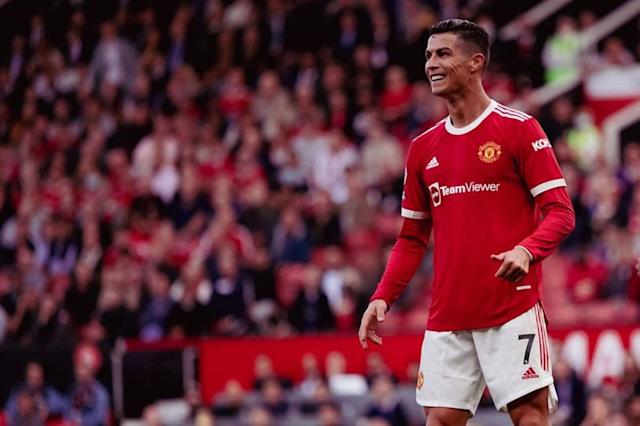 Ronaldo was declared unfit for the Manchester Derby which his team lost 4-1 at the Ettihad.

It was surprising to see Cristiano Ronaldo miss out on a place in the Manchester United squad against Manchester City.

Ahead of the game, interim manager Ralf Rangnick claimed that the Portugal international missed out due to a hip issue he has been dealing with for quite some time. Moreover, both Raphael Varane and Luke Shaw missed out after testing positive for Covid.

The Manchester Derby was always going to be a mountain to climb for the Red Devils. And Pep Guardiola’s side took their neighbors to the task and ran out 4-1 winners in a game that they bossed around without experiencing any resistance whatsoever.

However, Ronaldo’s absence ended up becoming yet another drama. It was rumored that he was dropped for tactical reasons and a tweet by a United fan account mentioning the rumor was liked by the player’s sister.

On the other hand, the attitude of Cristiano Ronaldo did make everyone talk. Indeed, The Athletic explained on Monday that Manchester United players were surprised, even shocked for some, by the fact that Ronaldo was not present at the Etihad Stadium for the derby against Skyblues. Decidedly, the return of CR7 to Man United is not going as planned.

The British media explain that the Lusitanian international traveled to Portugal once his absence was confirmed. This therefore displeased his teammates who expected to see him in the stands to provide support as he is supposed to be a team leader. Even if injured players are not obliged to be present, this absence of Ronaldo both on the field and in the stands has caused the ink to flow.

This could end up becoming a huge issue since there are already rumors abound that both Rangnick and Ronaldo don’t see eye to eye.