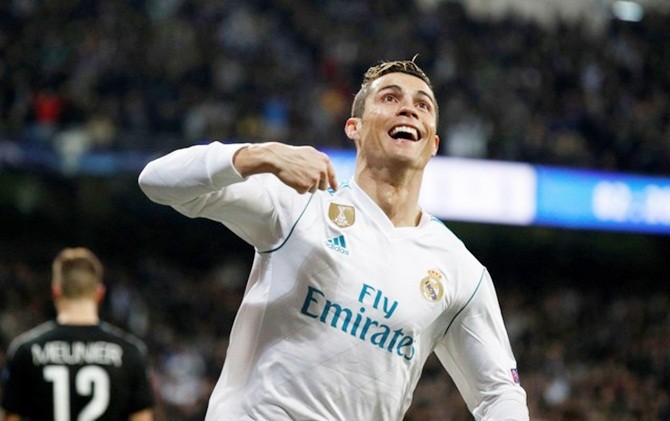 Throughout his career, Cristiano Ronaldo has developed a reputation due to his ability to torment opposition defenders.

He has been unstoppable for most clubs in World football and is definitely one of the greatest attackers of all-time.

He has however named the one defender whom he struggled against and fans will be shocked- it is none other than former Chelsea and England defender Ashley Cole.

Ronaldo frequently came up against Cole who played for Arsenal and Chelsea during his time in the English Premier League with Manchester United between 2003-09.

He is now team-mates with former Manchester United and Barcelona striker Zlatan Ibrahimovic who joined the Galaxy earlier this year.

During an interview with Spanish TV show El Chiringuito, Ronaldo admitted that it was Cole who gave him the hardest duels during his career.

Ronaldo is currently preparing for the Champions League final as Real Madrid play against Liverpool on Saturday. Madrid are the pre-match favorites to win the game and if they do so, this will be the fifth Champions League which Ronaldo has won during his career.

The 33-year-old Ronaldo will also be tasked to lead and spearhead the mediocre Portugal squad which travels to the 2018 World Cup in Russia.