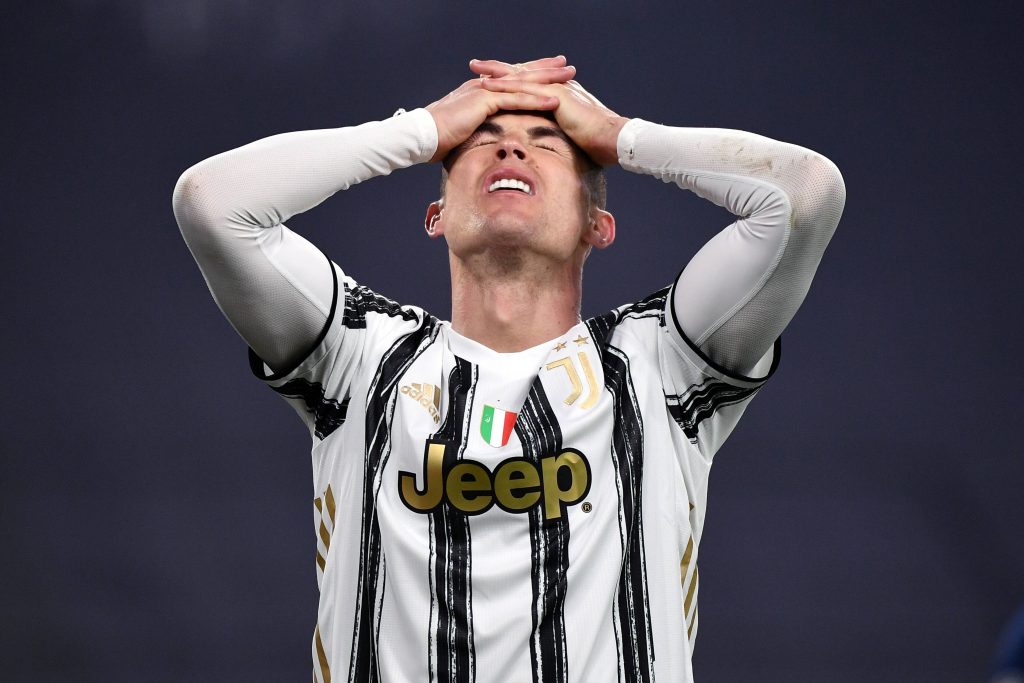 Juventus have suffered their fair share of Champions League heartbreak. Having last won the tournament in 1996, they have since been defeated in five finals, most recently in 2017.

In hopes of lifting the trophy once more, they signed the man dubbed ‘Mr. Champions League’ himself – that man, of course, being Cristiano Ronaldo.

Despite his supreme ability, however, the signing of Ronaldo was a huge gamble by the Old Lady. Brought in for a whopping €100 million, the five-time Ballon d’Or winner was 33 at the time of the transfer.

In the process, the Portuguese became the most expensive player in their thirties by an absolute mile. The next most expensive is Miralem Pjanic, who cost Barcelona €60m last summer.

Juventus knew that they wouldn’t see any profit on that €100m fee, but that wasn’t the point. Ronaldo was expected to be the difference-maker in Europe’s biggest club competition.

Three years on, things haven’t gone as planned, and Juventus have been the victims of three giant killings in a row.

The first came in the quarter-finals against Ajax in 2019. Erik ten Hag’s vibrant young side silenced the Allianz Stadium with a 2-1 second leg victory, with goals from Donny van de Beek and Matthijs de Ligt.

The latest to join the list is Porto, who knocked out the Bianconeri in a breathless second leg in the 2021 round of 16. Sergio Oliveira struck twice at the Allianz Stadium as the Liga NOS club reached the quarter-finals, again on away goals.

In the four years before Ronaldo’s arrival, Juventus often competed with the best of the best. In 2015, they had reached the final, losing to Luis Enrique’s Barcelona. In 2016, they were an injury-time goal away from eliminating Bayern Munich, and they were knocked out by Real Madrid in the next two seasons.

Domestically, things haven’t been much better. After nine straight Serie A titles, it appears as if Juventus’ reign of terror is set to end, as they currently sit ten points behind leaders Inter Milan with 13 games remaining.

Furthermore, having lifted the Coppa Italia every year from 2015 through to 2018, they have fallen short in each of the last two seasons – although they could get their hands on the trophy in May’s final against Atalanta.

To put it simply, the Italian giants have got noticeably worse in every competition since 2018.

But it would be incredibly lazy and unfair to blame this decline on Ronaldo. At Juventus, he has scored 92 goals in 121 games, including a hat-trick against Atletico Madrid to drag his side through the Champions League round of 16.

Before the first leg against Porto, no other player had scored a knockout goal for Juventus since he signed.

Several factors have caused this struggle. The departure of manager Massimiliano Allegri – who won nine domestic trophies in five years at Juventus – is sure to have been a huge contributor.

Meanwhile, the club are yet to find adequate replacements for their once-brilliant midfield. Andrea Pirlo, Paul Pogba, Claudio Marchisio, and Arturo Vidal – four top-class central midfielders now gone and succeeded by the likes of Adrien Rabiot and Aaron Ramsey. Both are good players in their own right, but neither are up to the standards of before.

Juventus are capable of building a winning squad that includes Cristiano Ronaldo. However, it will take time, which they may not have.

The former Manchester United man is out of contract in summer 2022, leaving him available to be picked up on a free. It’s difficult to see a man of Ronaldo’s ambition staying at the club if things don’t improve soon.

So…what next? Do Juventus make him see out his contract in the hopes that he can carry them to European glory next season, risking losing him for free? Or do they cash in while they still can?

The chances of the Old Lady winning the Champions League next season are looking increasingly slim, with or without Ronaldo. Is it worth betting his market value on this? No, it probably isn’t.

Now is the right time for Juventus to cut their losses. Despite his age, Ronaldo would still fetch a good fee, and there would be no lack of interest in the 36-year-old. A move this summer would be best for all parties involved.

But one question remains: where would he go?

There’s no chance of Juventus selling him to a Serie A rival, and a move to Barcelona or Bayern Munich also seems highly unlikely.

Paris Saint-Germain are always in the hunt for a superstar. While Lionel Messi has been more closely linked with Les Parisiens, it isn’t easy to see them passing up the opportunity to sign Ronaldo.

PSG are in a similar situation that Juventus were in back in 2018. They dominate domestically and have come close to European glory. Maybe they will feel like Ronaldo could be the man to get them over that final hurdle.

If he were to return to the Premier League, it would surely be at Manchester United. Given their need for a striker, a fairytale homecoming to Old Trafford would make sense.

Furthermore, his arrival would be a huge boost in the Red Devils’ push to end their trophy drought, having not secured any silverware since 2017.