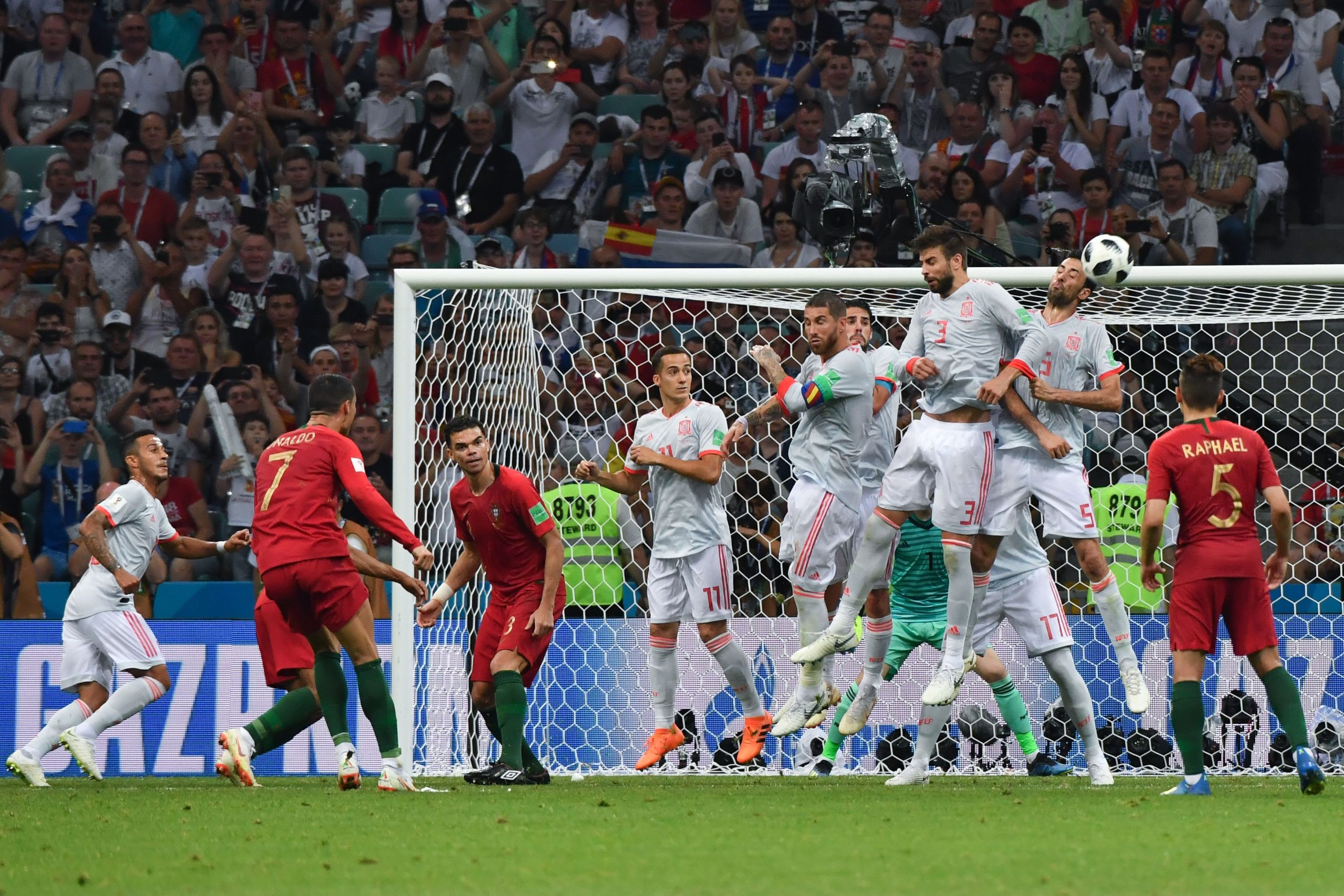 And on 2nd December 2020, the Portuguese hit another milestone, netting his 750th professional career goal – a figure bettered only by Pele and Josef Bican.

Having hit this extraordinary number, it’s difficult to narrow it down, but here are Cristiano Ronaldo’s ten most memorable goals.

One thing that Ronaldo has become known for over the years is his iconic free kick technique. And, in January 2008, we got a glimpse of it at its very best.

Early into a home fixture against Portsmouth, the Portuguese unleashed an unstoppable free kick into the top corner from 30 yards, leaving goalkeeper David James rooted to the spot.

Ronaldo’s first Champions League final came in May 2008, and it was an opportunity that he was not going to let pass by.

He netted his 42nd goal of the season in the 25th minute, planting a header into the bottom corner from Wes Brown’s cross.

Despite missing his penalty in the shootout, Ronaldo got his hands on his first (but certainly not his last) European trophy.

A strike that took everyone by surprise – even the cameramen.

In the sixth minute of Man Utd’s Champions League quarter-final second leg against Porto, Ronaldo put the Red Devils ahead with a stunning 40-yard strike. This remained the only goal of the game, and Sir Alex Ferguson’s side progressed 3-2 on aggregate.

Ronaldo’s goal tally dropped to just 26 in the 2008/09 season (I know, pathetic), but that didn’t stop the great man from tearing the Champions League to shreds.

Having already put Man Utd two up with a sensational free kick in the first half, Ronaldo secured his place in a second successive Champions League final, rounding off a blitzing counter attack to make it 4-0 on aggregate.

Real Madrid were beaten to the title in both of Ronaldo’s first two seasons at the Bernabeu by arch rivals Barcelona. However, on 21st April 2012, Ronaldo was able to effectively seal a first La Liga trophy.

With the scores level at 1-1, the forward raced onto Mesut Ozil’s exquisite through ball before finishing at the near post.

The result sent Los Blancos seven points clear at the top of the table with just four games remaining, all but ending Barcelona’s title hopes.

For many, what separates Ronaldo from career-long rival Lionel Messi is his success on the international stage, having lifted the Euro 2016 trophy. However, it is easily forgotten how close Portugal were to an embarrassing group stage exit that summer.

Having drawn against Iceland and Austria already, Portugal went into their third group game against Hungary, knowing that a defeat would send them home.

Hungary took the lead on three separate occasions, only to be pegged back all three times – twice by Cristiano Ronaldo.

The most notable of the six goals was Ronaldo’s 50th minute backheel from Joao Mario’s cross.

The 2016/17 Champions League knockout stage showcased Ronaldo at his very best. He scored five goals against Bayern Munich in the quarter-finals, then a hat-trick against Atletico Madrid in the semis. So it came as a shock to absolutely no one when he lit up the final.

Having already opened the scoring with an early effort from Dani Carvajal’s cutback, the former Sporting man put Real Madrid almost out of sight when he converted from Luka Modric’s cross.

Probably the best goal of his career, Cristiano Ronaldo netted his second of the game with an astonishing bicycle kick.

Even the home fans couldn’t help but applaud, as the entire Allianz Stadium got up off their seats in admiration of the Real Madrid man.

And, just a few months later, those same fans would be celebrating his goals every weekend.

Spain and Portugal had served up one of the most enthralling games in recent World Cup history, and Cristiano Ronaldo was at the centre of it all.

A first half brace from the forward put his side 2-1 up going into the break. However, a second by Diego Costa and a beauty by Nacho Fernandez gave La Furia Roja the lead.

Nonetheless, Ronaldo was to have the last laugh, when he planted a late free kick into the top corner to seal his hat-trick.

He may be deadly with both feet, but he’s equally as good in the air, as proven by his header against Sampdoria.

The Portuguese leapt like a salmon at the back post and converted Alex Sandro’s cross to give Juventus the lead going into half time.

Clips of the jump went viral on social media, with football fans all over the world astounded at Ronaldo’s athleticism. 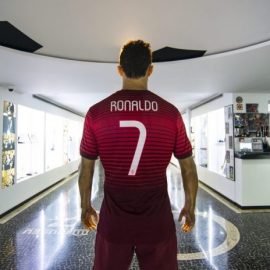 The Cristiano Ronaldo museum in Funchal – an ode to CR7