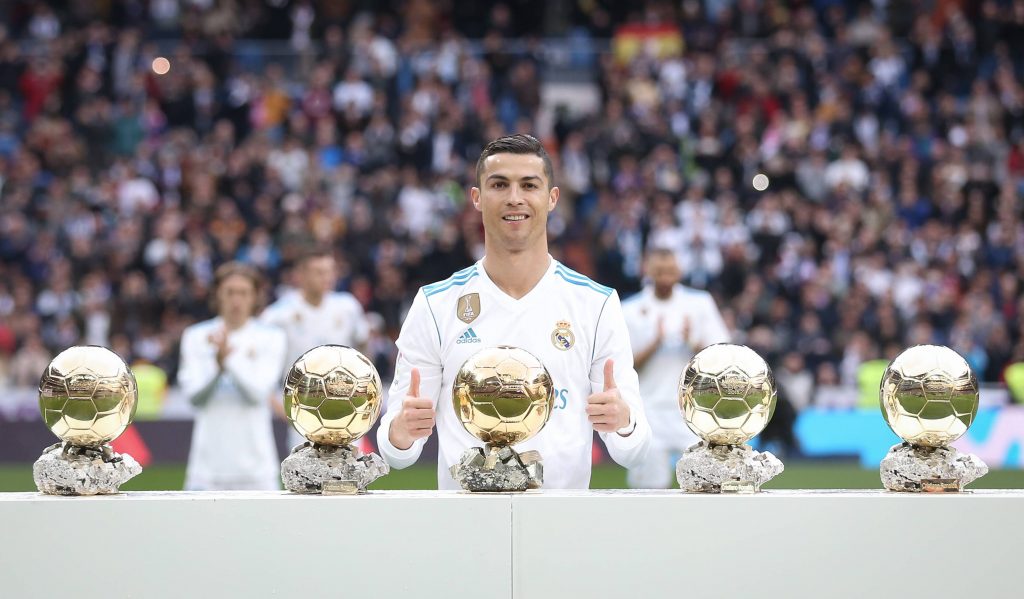 One of the greatest players of his generation – Cristiano Ronaldo – has repeatedly proven himself on the biggest stage.

His mesmerising goalscoring records and match-winning contributions have put him up there in conversations as the greatest player of all time.

Let’s look back at his illustrious career and key highlights from his time at various clubs. 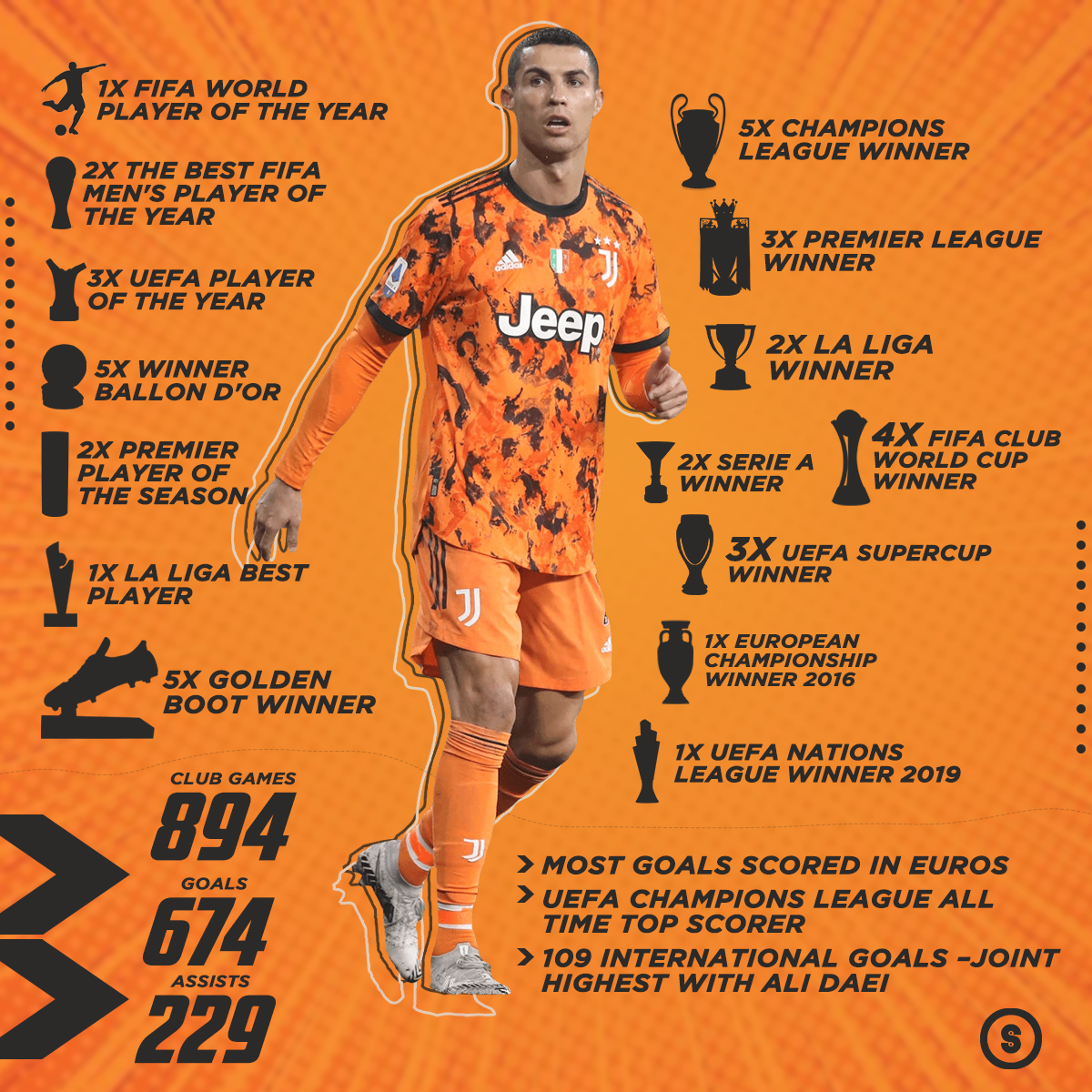 At the age of 16, Ronaldo broke into the Sporting first team under manager Laszlo Boloni.

He started as a traditional winger, mainly focusing on crossing and attacking the byline. His pace and agility made him a challenging prospect to defend against.

Ronaldo caught the eye of Sir Alex Ferguson in a friendly match between Manchester United and Sporting.

The teenager tore United apart in the 3-1 victory. Ferguson signed him up for £12 million, making him the most expensive teenager at the time.

During his early years at United, Ronaldo was heavily criticised for his lack of end product.

Deployed mainly on the right-wing, the Portuguese failed to deliver consistent performances and was labelled as a ‘show pony’ due to his needless showboating will the ball.

After the 2006 FIFA World Cup, the Portuguese returned as a different player.

He had grown his physique, leading to greater strength on the ball.

His mentality was more ruthless, and he developed a tireless attitude enabling him to improve his game day by day.

He no longer focused on scoring the perfect goal but instead on just getting the ball into the back of the net.

In the next three seasons, in 101 appearances, he netted 66 times.

The front three of Cristiano Ronaldo, Carlos Tevez and Wayne Rooney caused havoc in the 2007-08 season.

The flexibility in the system allowed Ronaldo to find space across the attacking line.

During that campaign, Ronaldo equalled the then record goals scored in a season, 31, and went on to win his first Ballon d’Or at the age of 23.

He won three Premier Leagues, two League Cups, one FA Cup and one Champions League during his time with the Red Devils.

Ronaldo’s dream was to play for Los Blancos, so his departure from Old Trafford was almost inevitable.

On moving to Real Madrid in 2009, the Portuguese became the most expensive player in history at the time with a fee of £80 million.

Manuel Pellegrini and Jose Mourinho mainly played Ronaldo on the left wing, transforming him into one of the deadliest wingers in world footballer.

He would attack the left wing with his pace and dribbling, often looking to cut inside and shoot.

His movement and aerial ability allowed him to make darting runs into the box and score towering headers from crosses.

It was at this moment when Ronaldo took his game to the next level. He won the Ballon d’Or twice, finishing runners-up the other three times.

Over these five years, in 165 appearances, Ronaldo scored a ridiculous 177 goals.

The Portuguese adapted his game as he grew older. He drifted more centrally, almost operating as a second striker with Karim Benzema in Real’s lopsided 4-3-3 formation under Carlo Ancelotti.

The arrival of Zinedine Zidane saw Ronaldo’s evolution to a definite striker. His clinal edge and killer instinct in front of goal instantly made him the best number nine in world football.

This version of Ronaldo picked up another two Ballon d’Ors taking him to the joint-most in history.

Scoring 134 goals in 127 appearances, he was already considered by many as the greatest goal scorer in history.

Ronaldo finished his Real Madrid career with a club record of 450 goals.

He broke the previous record held by Madrid icon Raul in October 2015 when he scored his 324th goal for the club.

Under Massimiliano Allegri, he operated in a similar position for Juventus. Alongside Mario Mandzukic, Ronaldo had more freedom to move into spaces and was heavily involved in build-up play.

From deep, he played more passes and could dribble to advance higher up the pitch.

Despite not winning the Champions League, the Portugal international has had an impressive stint at Juventus.

Despite being unable to replicate his glistening club career with the national team, Ronaldo has shown his brilliance on the international level.

He also holds the record for the most number of goals scored in the competition, netting 14 times.

Ronaldo’s two goals against France last night made him equal Iranian Ali Daei’s record of the most international goals scored (109).

In terms of silverware, he won the Euro 2016 and the inaugural Nations League in 2019 with Portugal.

Ronaldo is a phenomenon and a legend of the game.

His ability to succeed at the highest level in three different countries is what makes him stand apart.

His sheer will to excel in every aspect of his game is one of the key reasons he is regarded as a modern great.

Even at the age of 36, the Portuguese continues to break records and create history with every game he plays.

Ronaldo is an inspiration to many athletes around the globe and is undoubtedly one of the greatest footballers ever to grace the pitch.