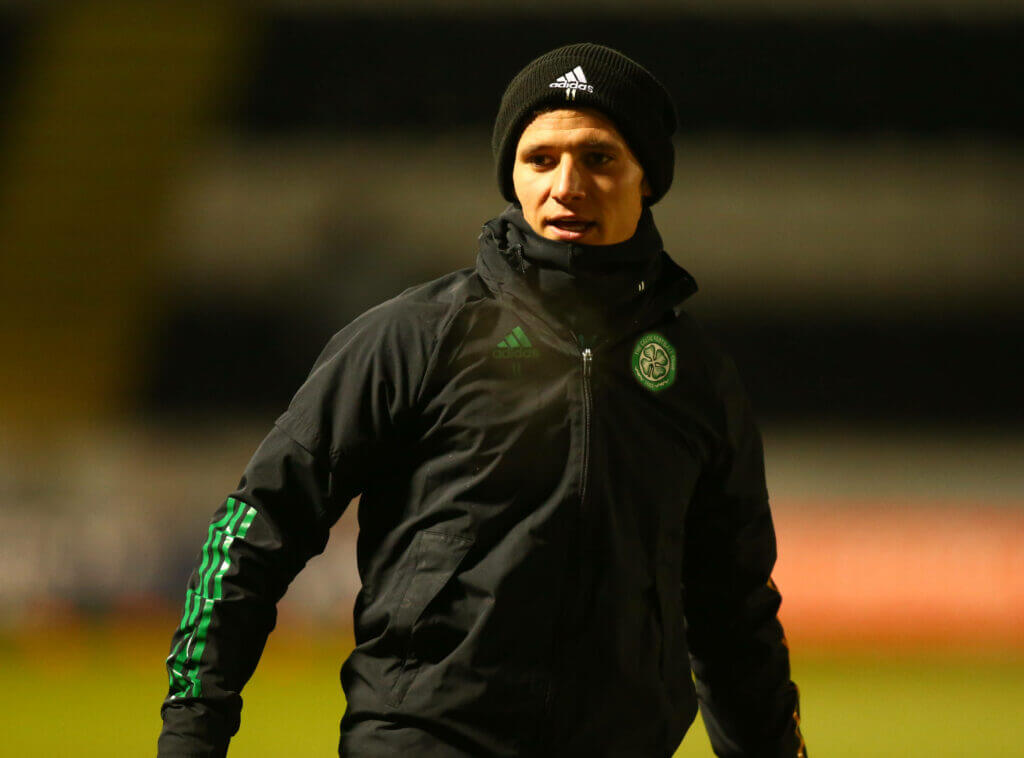 Celtic striker Patryk Klimala is close to leaving the club.

According to reports from The Daily Record, the Polish striker is ready to make a move to the MLS.

He has struggled to make an impact in Glasgow, and New York Red Bulls are looking to sign him up on a permanent deal.

The report claims that the Bhoys are set to cash in on him this month.

The 22-year-old joined the Hoops in the January transfer window of 2019 for around £3.5 million. He was a massive hit for Polish club Jagiellonia Bialystok but has failed to replicate the form at Celtic, scoring just three goals.

It has been a nightmare campaign for Celtic, and the club need to undergo a massive redevelopment in the summer. Signing a striker is key, with Albian Ajeti and Leigh Griffiths both having underperformed this season.

Odsonne Edouard has been the only shining light, but he is likely to leave the club in the summer.

It seems Klimala is the first to be heading out of the exit door. It will represent a smart move if Celtic can recoup a similar fee to the one they spent to sign him.

In other news, Barcelona have been named as the world’s most valuable football club ahead of Real Madrid and Manchester United in the latest rankings released by Forbes.