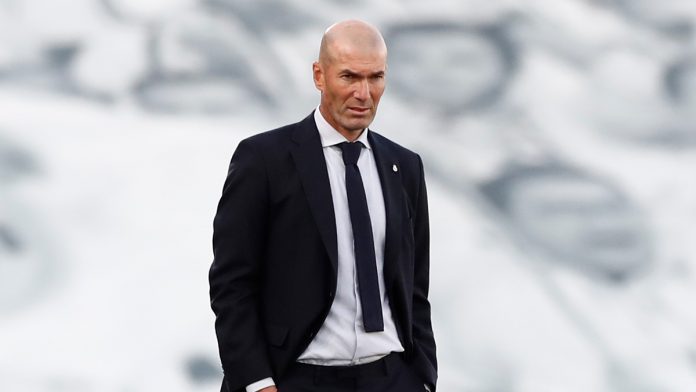 Zinedine Zidane has reportedly drawn up a list of five players that have been blacklisted at Real Madrid, according to Diaro GOL.

The Frenchman has a reputation for not getting along with selected players in the past. Superstars such as Gareth Bale and James Rodriguez have been victims of Zidane’s harsh treatment, and now the manager has five other players from his current squad who could face the same fate.

First up on the list is Isco. The former Malaga midfielder was once an important player at Madrid and played a pivotal role during the historic three-peat in the Champions League. However, since last season, Isco has played a rather sporadic role at the club.

The midfielder is keen on leaving this winter and Arsenal are currently planning on signing him on loan, according to reports from the Mirror.

Alvaro Odriozola is next in the spotlight. The Spanish right-back has never been part of Zidane’s plans and was even sent on a six-month-long loan to Bayern Munich last season where he won the Champions League, Bundesliga and the DFB Pokal.

However, since his return, Odriozola has featured just once in La Liga and even picked up an injury during his first appearance of the season. Since then, the former Real Sociedad man has been confined to the bench.

Eder Militao is another defender to feature on the list. The Brazilian has fallen down the pecking order at the club as Zidane now prefers using Nacho Fernandez as his second choice defender due to his experience.

Militao has failed to adapt to life in his new environment since completing his move in 2019. The centre-back has just played less than 200 minutes in La Liga this season, and it seems like his future at the Bernabeu is bleak.

Luka Jovic and Andriy Lunin are the final entries on the list. The Serbian striker’s career at the Spanish capital could be well and truly over after Zidane’s decision against Celta Vigo.

The manager decided to bring on third-choice striker Mariano Diaz ahead of Jovic against Celta in the last few minutes of the game. This could be a clear indication from Zidane to Jovic that he is not part of his plans. Meanwhile, Lunin has not yet played a single minute of football this season.